Just four months after launching its first Android handsets, Nokia added a new member to its X family today, with the launch of the Nokia X2. Like the original Nokia X, the X2 is charged with leading the company’s efforts into the most price-sensitive markets, and aims to convince a new generation of buyers that this should be their first smartphone.

Priced at just €99 EUR, the X2 is just €20 EUR cheaper than Nokia’s new entry-level Windows Phone 8.1 handset, the Lumia 630, which went on sale in various parts of the world a few weeks ago. Despite the X2 costing less, though, there are a few areas in which it beats its Windows Phone sibling, on paper at least. 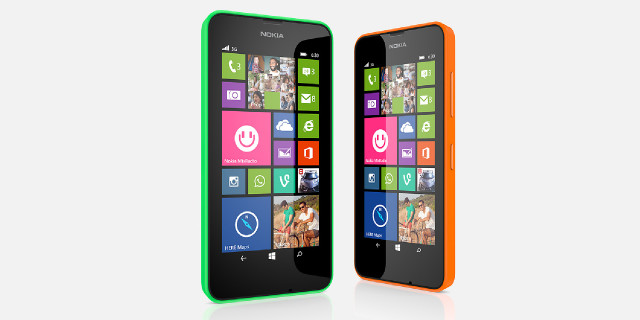 For a start, Nokia has included an LED flash on the X2, whereas the 630 has to make do without one. The 630 doesn’t have a front-facing camera either, but the X2 gets a VGA selfie-cam.

The X2 also gets both an ambient light sensor and a proximity sensor, whereas the 630 has neither. And if you want dual-SIM support on the Lumia, you’ll have to pay €129 EUR (compared with the €119 price of the single-SIM 630), while the X2 supports two SIM cards as standard.

All of this makes the lower end of Microsoft's range a bit confusing, frankly. It’s perhaps not surprising that Francisco Jeronimo, Research Director with mobile industry analysts IDC, said earlier today that carriers in Western Europe are scratching their heads over what to do with the Nokia X family of devices.

I still don't get this Nokia X portfolio strategy, particularly in WE. Not a single operator we have spoken to knows how to position the X

Smartphone buyers on a budget face an interesting choice over what to spend their hard-earned money on - and of course the choice is much wider than just the two devices you see here, with many affordable smartphones vying for the attentions of consumers.

But if the Lumia 630 and Nokia X2 fall within your price range and you're considering buying one of them, we've lined them up side-by-side to help give you some idea of how they compare.