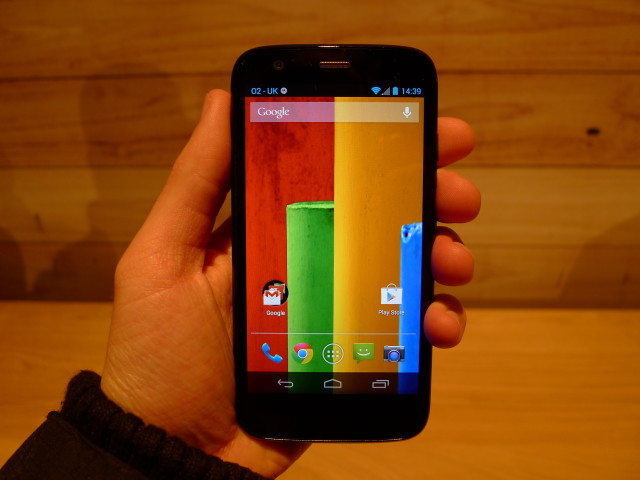 Hardware specifications of Motorola's Moto E have leaked online revealing its budget internals and is expected to be the company's cheapest smartphone in the current lineup.

The leaked specifications which first appeared in a report from Spanish website Xataka include, a 4.3-inch screen with a 720p resolution, 1.2GHz dual-core CPU, 1GB of RAM, 4GB of built-in memory, a 1900 mAh battery and a 5 megapixel rear camera. It is not known whether the smartphone will feature a MicroSD card slot, but the lack of one will surely be a deal breaker for most consumers as 4GB of internal memory is very low for modern smartphones. On the software side, the smartphone is reported to be running Android 4.4.2 out of the box unlike the Moto G which was launched with Android 4.3.

The interesting aspect of the leaked specifications is the thinness of the device which is rated at just 6mm which is generally not seen in budget devices which tend to be bulky and fat. Compared to the Moto G, the leaked specifications are a bit lower which leads us to assume that the Moto E will be cheaper and can further increase Motorola's success in the entry-level segment.

Motorola is expected to launch the Moto E in Latin American markets for a price close to $230 in the near future. The company recently launched the Moto G Forte in these markets and have been successful with the Moto G range of devices in emerging markets all over the world.

Source: Xataka (Spanish) via GsmArena | Image via The Next Web