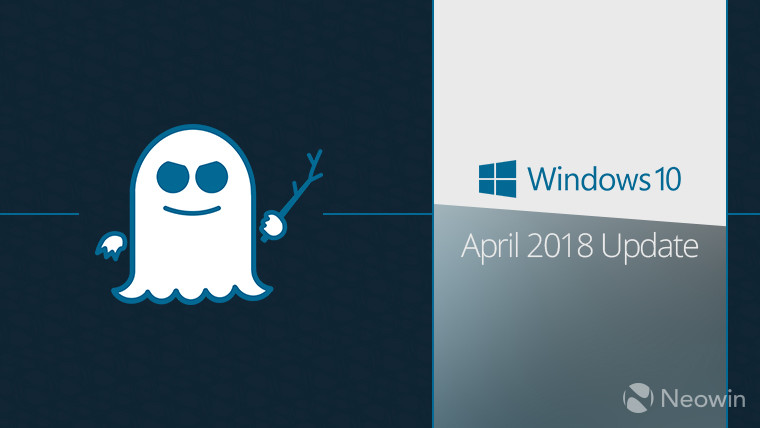 This year started off with the disclosure of a flaw in Intel processors, which later turned out to affect AMD and ARM-based systems as well. Furthermore, the single flaw became two - or rather, three if you're counting the different variants - later known as Spectre and Meltdown.

Fixes for the flaws above in sixth, seventh, and eighth-generation Intel processors were issued by the chip maker in February, followed by Microsoft in March. The latter was targeted at the then latest version of Windows 10, the Fall Creators Update (1709). Now, the Redmond giant has posted an update mitigating variant 2 of Spectre (branch target injection) for Windows 10 1803 (April 2018 Update) and Windows Server 2016 1803 (Server Core).

The update in question is KB4100347, and is available for devices running a variety of Sandy Bridge, Ivy Bridge, Haswell, Broadwell, Skylake, Kaby Lake, Coffee Lake, as well as the X variants of Skylake and Kaby Lake processors. The full list can be seen at the source link below.

There are two ways to get the update, if you have a processor that's on the list: either automatically through Windows Update, or manually through the Update Catalog.

This is not a moment too soon, as there appear to be eight more security vulnerabilities in Intel processors, with the company rumored to patch them in two waves - one this month, one in August.