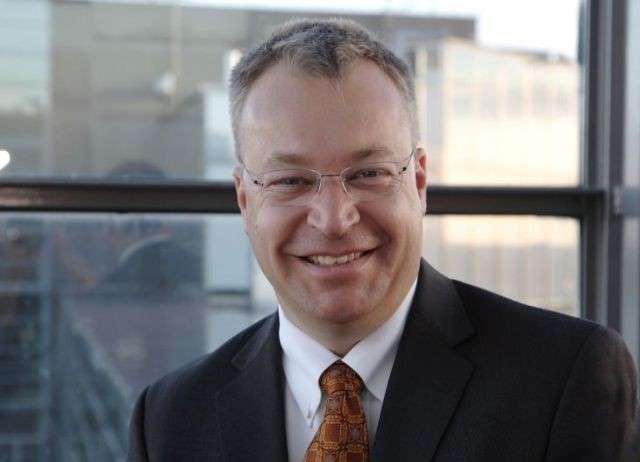 If you are at all interested in the tech industry, then you likely have an opinion on who should succeed Steve Ballmer as Microsoft's next CEO. We even offered up our own list of people who might be suited for the job. When it comes to picking winners, however, perhaps we should look to a source that does this sort of thing for a living.

Of course, we are taking about betting websites, which normally try to pick favorites in sports events. One of them is Ladbrokes, and they currently have a list of possible Microsoft CEO candidates, complete with the odds they might be named for the top spot.

Currently, the site lists Nokia CEO and former Microsoft executive Stephen Elop as its odds-on favorite at 5-1. There has certainly been a lot of online speculation over the past five days that Elop could be brought back to the Microsoft fold after he engineered a tight partnership with the company while at Nokia. 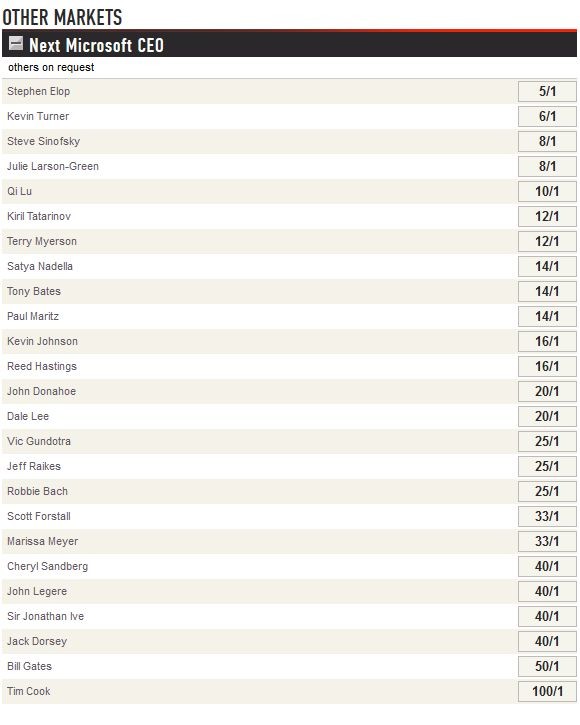 Ladbrokes shows current Microsoft chief operating officer Kevin Turner as the next favorite at 6-1 odds, but they also list former Windows division head Steven Sinofsky in third place at 8-1. This is where we think the online bookies go completely nuts, since very few people think that Sinofsky will be hired back after the reaction to Windows 8.

Some other interesting names for the Microsoft CEO gig, at least according to this list, include Netflix CEO Reed Hastings at 16-1 odds and Facebook COO Sheryl Sandberg (spelled on Ladbrokes' list as "Cheryl Sandberg") at 40-1. If you want to take a shot at some big returns, you might want to place some money on Apple CEO Tim Cook; the bookies have him at 100-1 to get the top Microsoft spot.

Source: Ladbrokes via CNet | Images via Ladbokes and Nokia