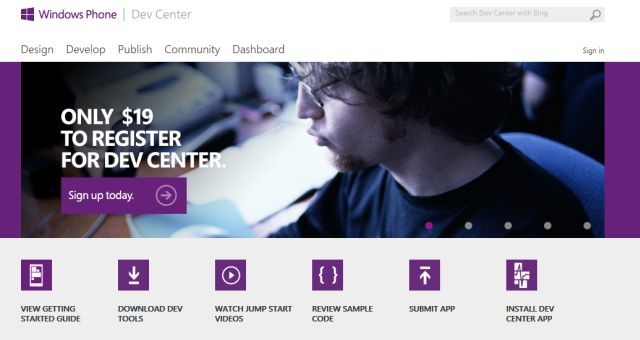 This is certainly good news for any interested developer that has yet to register for the Dev Center, although we do have to wonder how all those folks who paid the previous $99 price feel right about now.

Source: Todd Brix on Twitter via WPCentral | Image via Microsoft