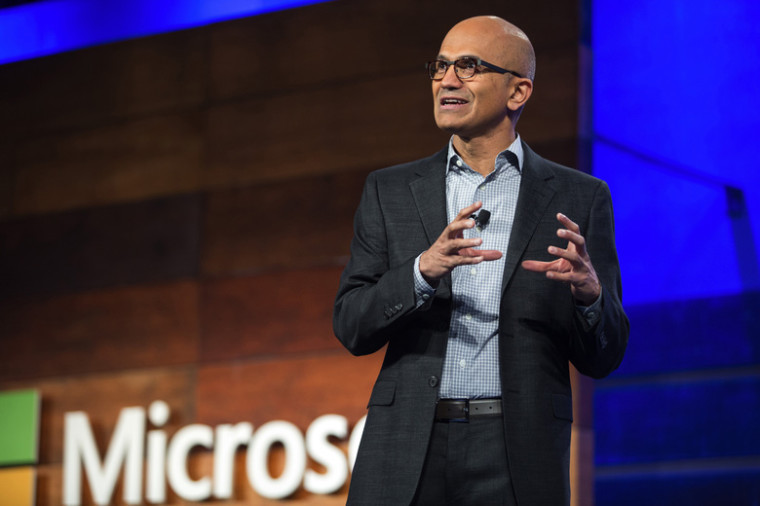 Microsoft executives met with some of the company’s shareholders on Wednesday morning; a large majority of attendees were a legion of Windows Phone fans.

Everyone clumped into attendance waiting to hear and question Microsoft CEO Satya Nadella. You can assume these Windows Phone supporters, as a united front, were slowly grinding their teeth as they waited for the opportunity to ask what his vision for the company's mobile division is.

The meeting kicked off with executives asking attendees to “Silence all Windows Phones and other devices,” you could be forgiven to think this was a cruel joke, perhaps even Microsoft being rather cheeky at its own expense, and in any other setting, you’d probably be right.

Following the Redmond giant's ill-fated acquisition of Nokia’s phone division, Microsoft has drastically reduced its own smartphone hardware, almost fading out the Lumia brand completely, and while there is a certain amount in circulation, there has been no successor to flagship devices, the Lumia 950 and 950XL, as of yet.

The company’s project lab, Microsoft Garage, also has a pronounced library of iOS and Android applications, most which have not yet crawled its way over to Windows 10 Mobile. Despite how small Microsoft's mobile market may be, there are still supporters of the platform who are clamoring to know why there's a lack of support, and they have every right to be frustrated.

Microsoft Shareholder Dana Vance stated he received an email about the Microsoft Pix app and was quite shocked to learn that it was only available to iPhone and Android users. Vance also stated that he felt the company is slowly distancing themselves from the Microsoft band, to which Nadella responded,

“We think about mobility broadly. In other words, we think about the mobility of the human being across all of the devices, not just the mobility of a single device. That said, we’re not stepping away or back from our focus on our mobile devices. What we are going to do is focus that effort on places where we have differentiation. If you take Windows Phone, where we are differentiated on Windows Phone is on manageability. It’s security, it’s Continuum capability — that is, the ability to have a phone that can act like a PC. So we’re going to double-down on those points of differentiation.”

Satya Nadella also noted the company will continue to differentiate themselves from what is currently available in the market right now, while also supporting other platforms so that a there is coherent access across the board.

“We will build devices that are unique and differentiated with our software capability on top of it — whether it’s Surface or Surface Studio or HoloLens or the phone — and also make our software applications available on Android and iOS and other platforms. That’s what I think is needed in order for Microsoft to help you as a user get the most out of our innovation.”

The Surface Pro, the Surface Book, and the newly released Surface Studio are an example of this vision, this continued refinement and re-imagination of hardware categories. It could prove very interesting if Microsoft applies this strategy somewhere else, ala Surface Mobile?

Unfortunately both Bill Gates and Steve Ballmer were absent from the meeting due to other commitments.