SpaceX's Starlink satellite internet speeds received pretty good marks in Ookla's recent assessment report where the service was compared against fixed broadbands from several places throughout the world. However, while that is indeed praiseworthy, apparently the Starlink terminals or the dishes at users' places are seemingly vulnerable to pigeons, perhaps among other animals, as the birds' interference with the dishes apparently could disrupt the connectivity. 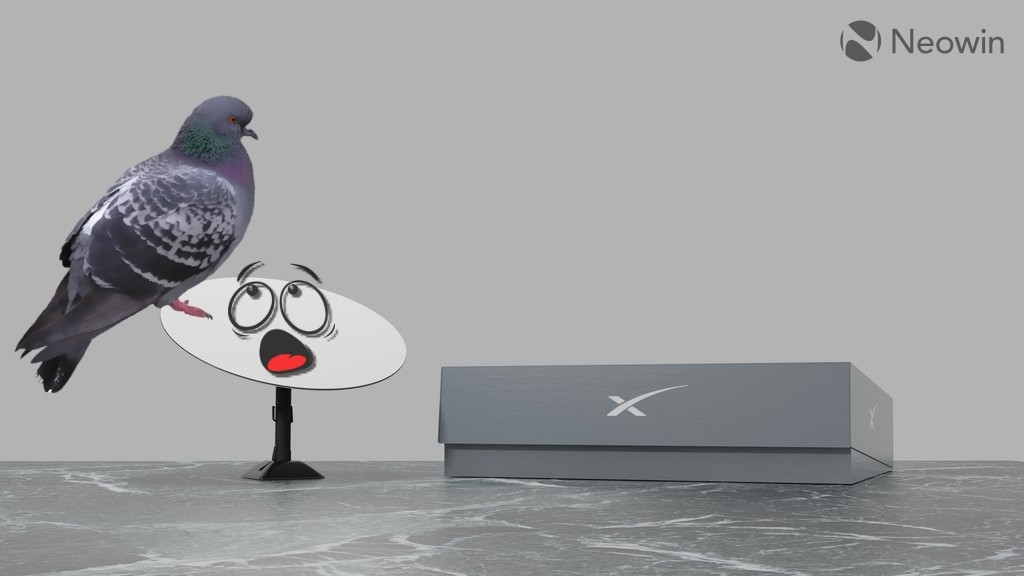 About his newly installed Starlink service, Professor Alan Woodward, a cyber-security expert at the University of Surrey, told the BBC recently that he "noticed a series of outages - some a second, some longer," despite the performance itself having "actually been very good".

Woodward believes that "pesky pigeons" are responsible for the outages as the creatures "have taken a fancy to sitting on the dish". While the Prof is still looking at the root cause of such glitches, a certain expert has confirmed to the BBC that a

pigeon sitting on a Starlink antenna would certainly degrade its performance

Pigeons indeed love to sit in dishes for some reason or another, a rather common behavior most people have probably observed. And, it seems the current Starlink terminals aren't made in a way to handle such attention. However, that could all change soon.

According to a recent license filing in the FCC, the company seems to be working on a more "high-performance (HP)" "rugged" version of the dishes that are being built for "use in harsh environments". These new "rugged" terminals may be able to handle such nuisances from animals like pigeons, if they are deployed for households too.