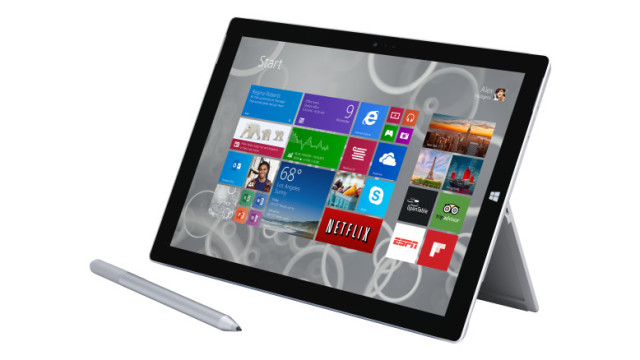 However, only two of the five versions are currently scheduled to start shipping on June 20th, the official launch date for the Surface Pro 3. Those are the two models with the Intel Core i5 processor. One is the 128GB version for $999 and the other has the 256GB storage option for $1,299.

The other three Surface Pro 3 models are not scheduled to begin shipping until August 31st. This includes the lowest priced version, with 64GB of storage and an Intel Core i3 processor for $799. The other two units that won't start shipping for over three months have the Intel Core i7 chip; the 256GB version for $1,549 and the 512GB model for $1,949.

The Microsoft Store is also taking pre-orders for the new larger Surface Pro Type Cover, which is priced at $129.99 and will ship June 20th. That's also when the new Surface Pen will ship; it is now available for pre-order for $49.99. The new larger docking station for the tablet is not yet on sale.