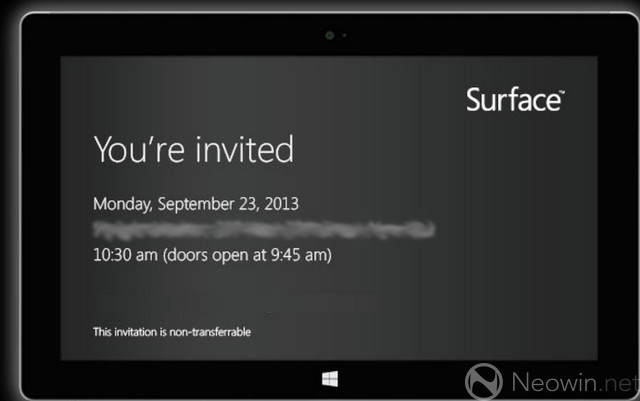 Tomorrow morning, Microsoft will pull back the covers from its upcoming line of Surface 2 tablets. But if you want to get an early look at what the new devices will include, Neowin was able to exclusively unveil most of the vital information about the tablets and their accessories thanks to our trusted insiders.

While that is all the known information, we thought it would be fun to highlight a few more updates we expect to see if not tomorrow, in the near future.

Microsoft is working on an updated Type Cover that will, for the first time, likely be offered in a range of colors. Neowin has seen a blue and purple Type covers, and we suspect there will be many more in the pipeline. After all, it's simply plastic, making an new color is only a slight change to the manufacturing process.

There also may be a white/silver Surface 2 floating around; we have heard from two sources who say the product exists, but we do not know if it was only for prototyping or if the new color will be coming to market.

Microsoft may have a few other surprises for the press-only event, including an additional peripheral or two that we have been hearing through the grapevine but nothing concrete to go on at this point. Our sources indicate the rumored 8-inch, ARM-based Surface won't be among the announcements made, however.

Neowin will be in New York tomorrow to cover the announcements. Make sure to check back often, as the Surface 2 event will be one you won’t want to miss.