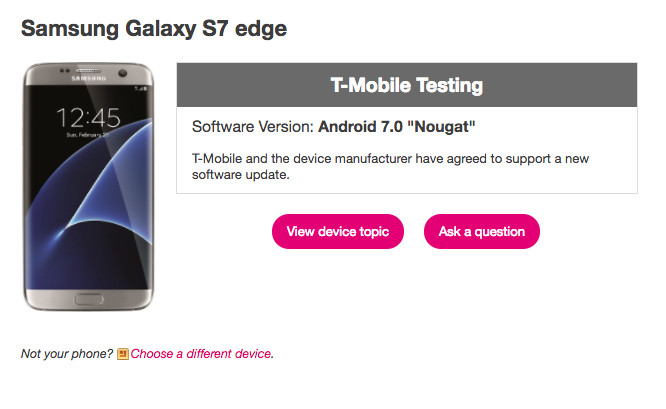 Samsung has long been testing Android 7.0 Nougat on its handset in the beta program. While the firm teased the possibility of it arriving in January, this would naturally vary by carrier. It now looks like the update might be making its way to T-Mobile S7 and S7 edge handsets sometime soon.

T-Mobile isn't coy about when software updates are coming for its handsets, as it offers a proper support page that shows at what stage the company is in with regards to updating their handsets. We know that the S7 and S7 edge are bound to get Android 7.0, but the real question is when? By the looks of it, T-Mobile has started the testing process, shifting its support page for the S7 and S7 edge to "Stage 2".

According to the T-Mobile support page, the second stage means that:

"Stage 2: During this stage the device will go through T-Mobile certification process testing to make sure you get the best quality software possible." 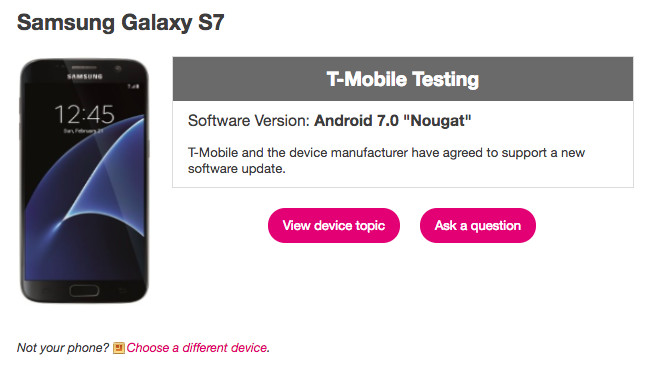 Naturally, it could still take some time for the update to arrive, but at least there is some movement on the carrier's end to get it to its customers.