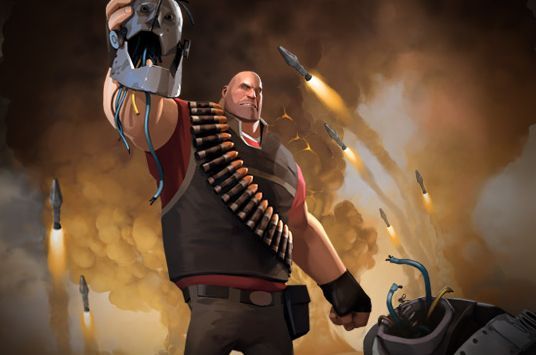 Team Fortress 2 fans, who have already received a large content update earlier this summer, can now get yet another major upgrade for the free-to-play shooter. Today, the previously announced Mann Vs Machine mode for the game went live via Valve's Steam service.

As explained on the official Team Fortress 2 website, up to six players can join up in the new mode to do some Van Damage to the "Gray Horde", a team of TF2 character inspired robots. These automatons are trying to deploy a bomb in three new maps that have been added to the game for the Mann Vs Machine mode.

Every time a player destroys one of these evil robots, that devices blows up and generates some money in the process. Players can then go to an Upgrade Station in between waves of robots to use that money to get some upgraded weapons, items and abilities.

There's also 35 new Steam Achievements that have been added to Team Fortress 2 for the new Mann Vs Machine mode. Finally, if you play the mode on an "official" Mann Co. server, you can choose to play in Mann Up Mode, which will give players special loot drops. You can purchase a Tour of Duty Ticket to access the Mann Up Mode for just 99 cents.