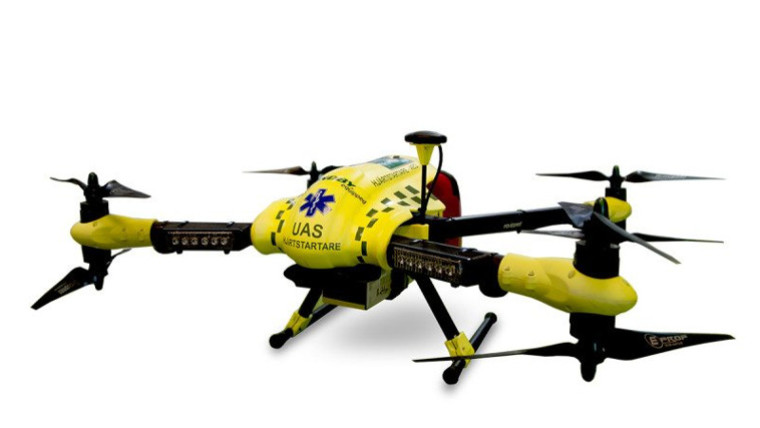 A group of Swedish researchers from the Karolinska Institute, led by Jacob Hollenberg, have been exploring the idea of fitting drones with defibrillators.

The team wants to see if drones might be able to reduce the amount of time that it takes a defibrillator to get to someone who might have experienced cardiac arrest, as with every minute gone by after cardiac arrest, without aid, reduces the chances of survival of the victim by ten percent.

They tested the concept by getting drones to fly from a fire station, out to a range of 10 kilometers in a rural area, to locations where ambulances had dispatched to, in the past, to actual incidents of cardiac arrest. The median time for the drones to arrive at these locations was 5 minutes and 22 seconds whereas the ambulances’ median time was 22 minutes. This was over 18 different flight tests, this is obviously a substantial difference. It seems a team from TU Delft in The Netherlands are also exploring the idea.

This seems to be a promising life-saving capability according to Hollenberg, he hopes to have the drones deployed and being tested alongside real world emergencies within the next two years. Although some experts think that teaching more people CPR would still offer better survivability results.

Nonetheless, the concept of drones landing next to people experiencing a catastrophic heart problem and potentially saving lives, is a far more positive relationship we can have with tech and our health than compared to hackers breaking into your pacemaker. This is indeed another story about the ever expanding role of drones, who knows what may come next.