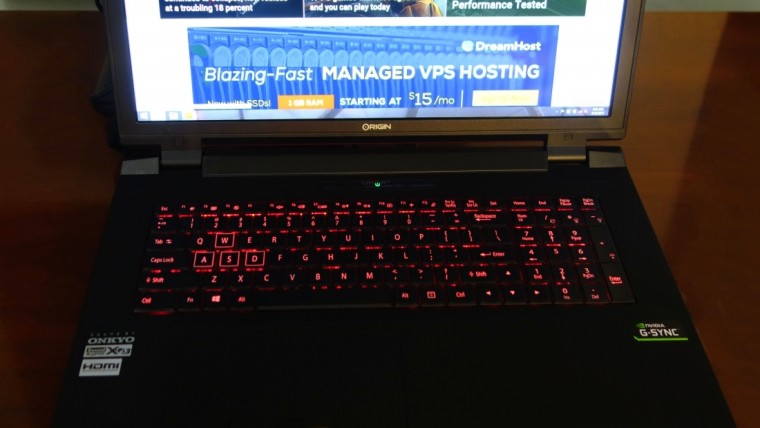 If you’ve ever witnessed variable refresh rate (VRR) technologies like G-Sync and FreeSync, then you likely know VRR one of the most significant gaming improvements in recent times. G-Sync has been slowly creeping into desktop displays since 2014, but now the technology has finally gone mobile. With our tricked out Origin EON17-X gaming notebook, we’ll be exploring Nvidia’s Mobile G-Sync and how it translates to gaming on the go.

G-Sync wants to give gamers the best of both worlds: no tearing, no stuttering and the smoothest most even gameplay possible. Overall, G-Sync delivers. It does this by dynamically adjusting the display’s refresh rate to match the GPU’s frame rendering. G-Sync is a hardware solution that requires a compatible display and GPU (GeForce GTX 650 or newer).

Mobile G-Sync works pretty much the same, but gone is the need for a factory-installed display module. Driven by industry-standard LVDS and eDP connections, notebook display panels share a unique relationship with their host GPU. Manufacturers are able to implement G-Sync with no additional hardware. For this reason, it was long speculated that G-Sync would make it to notebooks so the real question was when. Well, now it’s here.