Google wants to spare business users the trouble of manually adding calendar items, which it says can be “time-consuming and tedious.” So starting this week it’s giving Google Apps users the option of having the service automatically add events to Google Calendar based on what can be inferred from Gmail inbox items. Free users on Gmail have had this option in place for some time already, but is turned off by default.

With Events for Gmail, Google is going even further than Google Now, which already notifies users in real-time that you need to leave for the airport, which gate your flight leaves from, and will even often proactively offer directions to your hotel once you land at your destination. Google is now adding these same events to your calendar well ahead of time, as soon as it knows you'll be taking that trip or making that dinner reservation. Google will even update those calendar items if it learns that any of the events change. 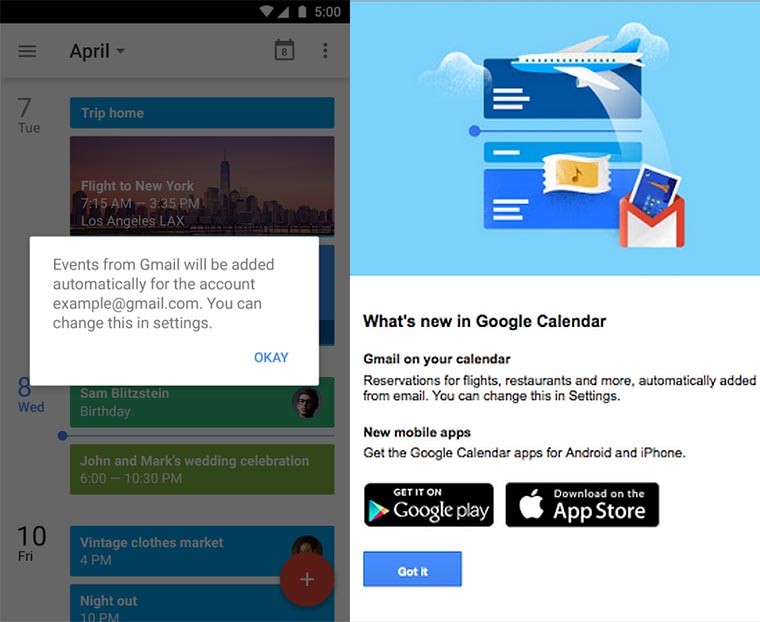 Users should be prompted when the feature rolls out, per the above image. Full instructions for how to turn this feature on or off can be found at Google Support under the heading “Remove events for Gmail” for both mobile and desktop. If you have the option available, it will appear in Calendar Settings on the General tab, directly under “Time format.”

Google says this new feature is not available to customers who use Google Apps for Government.