In February 2012, Nokia surprised the tech world with the announcement of the 808 PureView, a handset featuring an incredible camera with a 41-megapixel sensor. What was perhaps even more surprising was that the device ran Symbian, rather than the Windows Phone OS that the company had already launched on its first Lumia handsets.

Fast forward almost a year to January 2013, when the first solid rumour emerged of a Lumia Windows Phone in development featuring a 41MP camera. It's been a long wait since then - and a torturous one too, with a seemingly endless stream of leaks and hearsay fuelling expectations. Today, that wait is over, as Nokia has officially unveiled the device: the Lumia 1020. 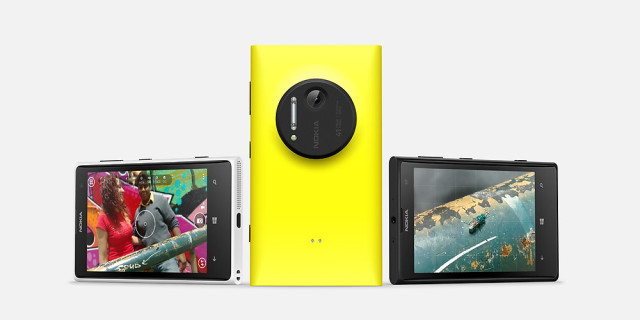 It features a 1.5GHz dual-core Snapdragon S4 Krait processor, also found in the company’s Lumia 820 and 92x family, along with 2GB of RAM – the most of any Windows Phone so far. Users will get 32GB of onboard storage, although you won’t be able to expand that, given the absence of a microSD card slot.

Up-front, you’ll find a 4.5” AMOLED display, with WXGA (1280x768px resolution) – apparently the same unit found on the Lumia 925 – protected by Gorilla Glass 3. Unlike the 925, which uses an aluminium frame in its construction, the 1020 takes after the Lumia 920 with a one-piece slab of polycarbonate bodywork; as we’ve seen in the past, the 920 can take a pretty serious beating, and we’d hope that the 1020 is similarly robust. 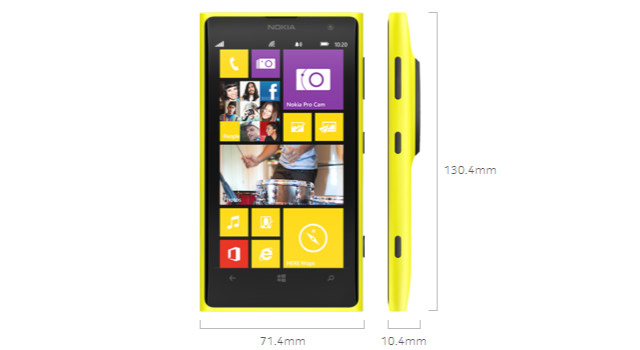 At 10.4mm-thick at its thickest point (the camera bump), the 1020 is very slightly slimmer than the 920, but it’s also a good deal lighter at 158g, versus the 920’s 185g. It would have been thicker and heavier, were it not for the exclusion of integrated wireless charging, which is still available through an optional charging cover that snaps onto the back of the handset. Elop said that the company remains "totally committed" to wireless charging. 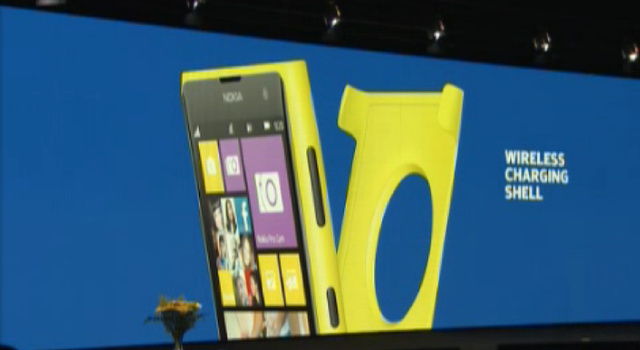 The star attraction is, of course, the PureView camera with a 41MP sensor and Nokia’s optical image stabilisation (OIS) technology, designed to reduce the effect of shaky hands when taking photos or recording video. The camera features 6 lenses, along with a Xenon flash for photography, and an LED flash for capturing video.

Nokia CEO Stephen Elop showed a photo that he'd taken of two people jumping, with a Samsung Galaxy S4 and Apple iPhone 5; with the Xenon flash, he showed that the 1020 was able to 'freeze' the image, taking a much clearer photo.

The camera can capture full-resolution 38MP (in 4:3 aspect ratio) and 34MP (16:9) images, simultaneously snapping a smaller 'over-sampled' 5MP picture with seven pixels crammed into a single ‘super-pixel’ that contains all of the detail of the full-resolution image condensed into an image with a much smaller file size.

The company claims that it has 'reinvented zoom', allowing users to see more in their photos than their eyes can see, with the ability to zoom in closer than on any device without a loss of detail. "Shoot first, zoom later" says Elop, to "create a new story from the same image". 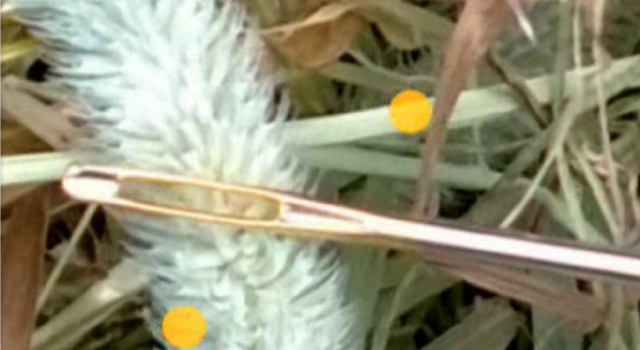 In a further demo, the camera was used to literally find a needle in a haystack, zooming in to find the needle, and view it in remarkable detail.

The camera also includes the facility to adjust a broader range of camera settings, such as changing the focal point - and viewing a live preview of that before you take the image - as well as the ability to take long-exposure shots. 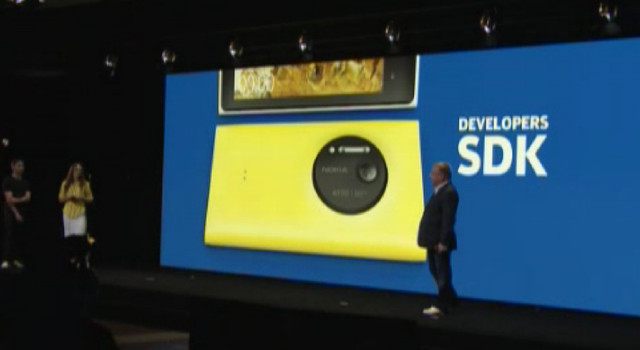 Nokia is also inviting developers to embrace its new imaging SDK to help them to take advantage of the new capabilities in the Lumia 1020, in tandem with the APIs featured in the Windows Phone 8 platform. 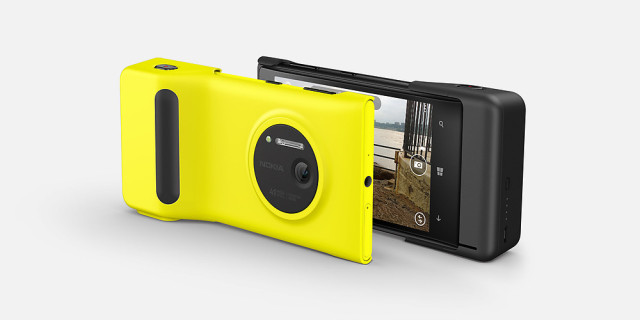 Underlining the photography focus of the Lumia 1020, Nokia is launching a ‘Camera Grip’ accessory designed for the device, to make the imaging experience more complete. The unit features a broader, more ergonomic grip, with a two-stage camera button, as well as a universal tripod-mount. Most interesting about this accessory is that it includes its own 1020mAh battery, designed to augment the battery life of the handset when using its camera for extended periods. 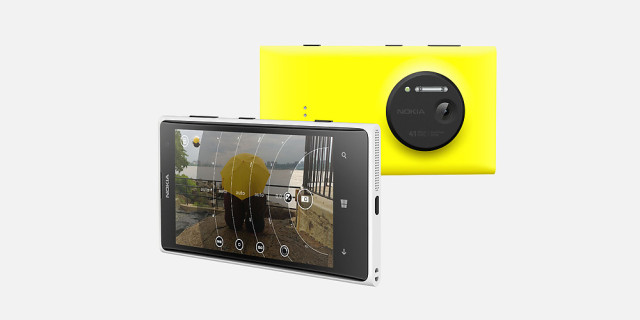 Elop called AT&T "a remarkably important partner" for Nokia. AT&T CEO Ralph de la Vega said that the Lumia 1020 "sets a new bar" for other devices to aspire to. He said that he had been using the device for some time, and anyone that had seen the photos that he'd taken with it had immediately said "wow!". He also confirmed that AT&T will exclusively offer the device in the US.

The handset will launch "this quarter" (by the end of September, then) in China and selected European markets, with a rollout beyond to other regions this year. As we reported earlier today, a 64GB version will be exclusively launched on Telefónica networks in Europe and Latin America. The Camera Grip will go on sale for $79 in the United States, with pricing for the handset and accessories in other markets yet to be announced.