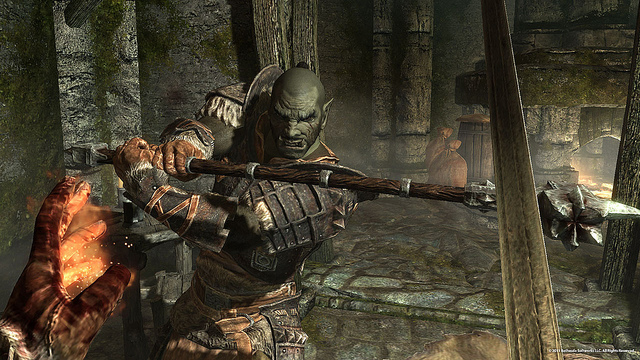 Along with Battlefield 3 and Call of Duty: Modern Warfare 3, one of the biggest games due out in 2011 is Bethesda Softworks' open world fantasy RPG The Elder Scrolls V Skyrim. The game is due out on November 11 (yep, 11-11-11) and today the publisher revealed the PC system requirements for the game:

As you can see, while the minimal specs are fairly modest, you will definitely need a pretty solid gaming PC in order to run Skyrim at its higher settings. The game doesn't use DirectX 11, however. That means that it won't have some of the graphical effects that you will be able to turn on in Battlefield 3, which came out today.

Many people are hoping that Skyrim will be the latest game from developer Bethesda Game Studios that really shines. Bethesda Softworks seems to have issues with games that come out from third party developers but its in-house team that have made the previous Elder Scolls games (along with Fallout 3) have created some of the best games of all time.