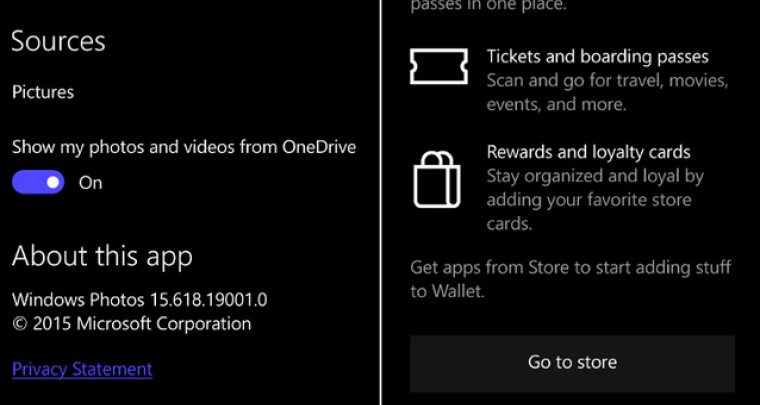 Unlike Windows 10, which is set to launch in less than a month, Microsoft has several more months to refine the release of its next mobile OS, Windows 10 Mobile. While 'Fast ring' users have had a little over a week to use the latest build, a newer build, build 10158, has been spotted in newly leaked screenshots. 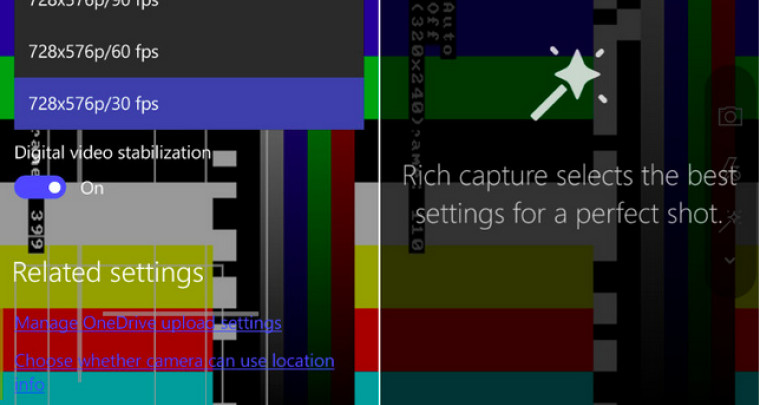 While it is unknown whether this build will come to 'Windows Insiders', it is interesting to see the small changes and improvements in this new build. Perhaps the most notable new addition to the build is the ability to set video recordings at 120fps at a resolution 728p by 576p. 'Wallet' has also been updated to include the ability to add reward / loyalty cards, tickets and boarding passes.

MSMobile.pl also reports smaller visual changes found in the OS like the Microsoft 'Edge' and 'Windows Store' tiles now having a transparency effect applied to them. The 'People' live tile has received a new animation and there is also a small change that can be found in the pull down menu as the volume sliders now appear more rounded than in previous builds.

At this point it is unknown if Microsoft will debut this build for the public. But, there is still plenty of time and most likely a few more builds in the pipeline before Windows 10 Mobile makes its debut towards the end of the year. The release of the new mobile OS is rumored to coincide with the release of two new flagship mobile devices. For the full set of screenshots, be sure to hit the source link below.