If you paid attention during the current eighth generation of consoles, you would have noticed a clear trend towards remastered games. Games like the entire Halo series - before 343 industries released the fifth installment - saw it being offered to gamers with spruced up graphics, and most recently the Crash Bandicoot trilogy was released on PlayStation 4 by Activision. 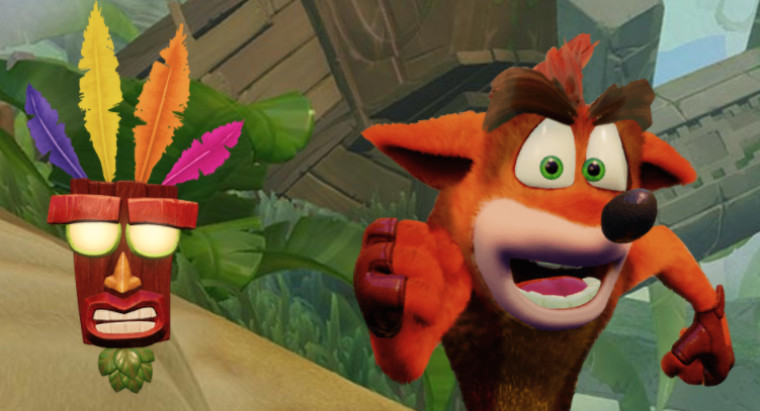 During its recent investor's briefing, Activision CEO Eric Hirshberg discussed his surprise over the clear success of the remastered game. He pointed out that thanks to that, the company was considering the possibility of reviving more classic IP:

“This is a strategy that clearly has our attention, and while there are no new announcements today, I think you can be confident there will be more activity like this in the future with more great IP. The other opportunity beyond remasters is to look at some of our classic IP and ask whether or not it can be reborn on a new platform, like what we’re doing with Skylanders on mobile. Our IP library is an asset that, when done right, can be very powerful.”

Crash Bandicoot originally launched on PlayStation in 1996 and was created by Uncharted developer Naughty Dog. The franchise has sold over 50 million copies spanning 18 different titles, most of which was exclusive to the Sony platform. Recently, some rumors pointed to the remastered N-Sane Trilogy launching on the Xbox One platform; however, Activision has not confirmed this to be the case.

Activision Blizzard announced that it earned $1.63 billion in revenue during the last three months ending June. Digital distribution was responsible for the majority of those net revenues, coming in at $1.31 billion for the quarter, which was up 15% against the same period in 2016. Blizzard reported that its monthly active users grew 38% to a record 48 million. This is mostly thanks to the growing Overwatch community and popular games like Hearthstone.

Activision reported that it had 47 million monthly active users in games like Call of Duty: Black Ops III, which was bolstered further by the Zombie Chronicles expansion. This was slightly down from the previous year. However, the Crash Bandicoot release was, according to the company, the best selling game worldwide for the month of June, even with only two days on the market in that month.

The publisher also noted that Destiny 2 pre-orders have surpassed that of the first installment, above the larger player base that enjoyed the Beta. The PC beta will launch later this month, and the game is expected to officially launch on September 6 for Xbox One and PlayStation 4, and October 24 for gamers on PC.