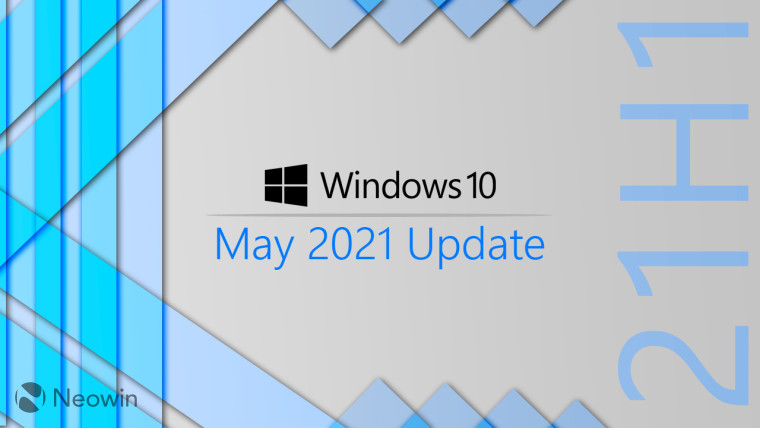 It's been a few months since Microsoft officially began testing the Windows 10 May 2021 Update, also known as version 21H1, with Windows Insiders in the Beta channel. This update technically never went through the Dev channel, because those builds aren't tied to a specific version of Windows 10 and they're on an active development branch for future releases of Windows.

Today, the Windows 10 May 2021 Update is available for anyone who wants to install it, and just like version 20H2, it's a simple enablement package, meaning you won't get any actual new features downloaded to your computer. This update will simply light up certain features that are already there, and in this case, there isn't a whole lot.

Aside from that, Microsoft made some performance improvements to Windows Defender Application Guard, including improved performance in Robocopy when transferring files that are over 400MB in size. It also includes some improvements to the Windows Management Instrumentation Group Policy Server to help accommodate remote work scenarios.

In fact, remote work as a result of the COVID-19 pandemic is the reason Microsoft cited for why it's only releasing a small enablement package in the spring, so these improvements line up with that. Still, it makes for a fairly unexciting update.

If you want to get this new update, Microsoft is once again using the seeker method, meaning you'll need to manually check for updates in the Settings app and opt into installing this update, though it doesn't seem to be available through this method yet. You can also use the Media Creation Tool or the Upgrade Assistant to download the update. Both tools can be found on this page.

Feature updates such as this one are only forced onto users when their current version is close to the end-of-support date, so you won't be forced to install it anytime soon. Even then, seeing as it's such a minor update, it's likely that there isn't much of a risk in installing it.