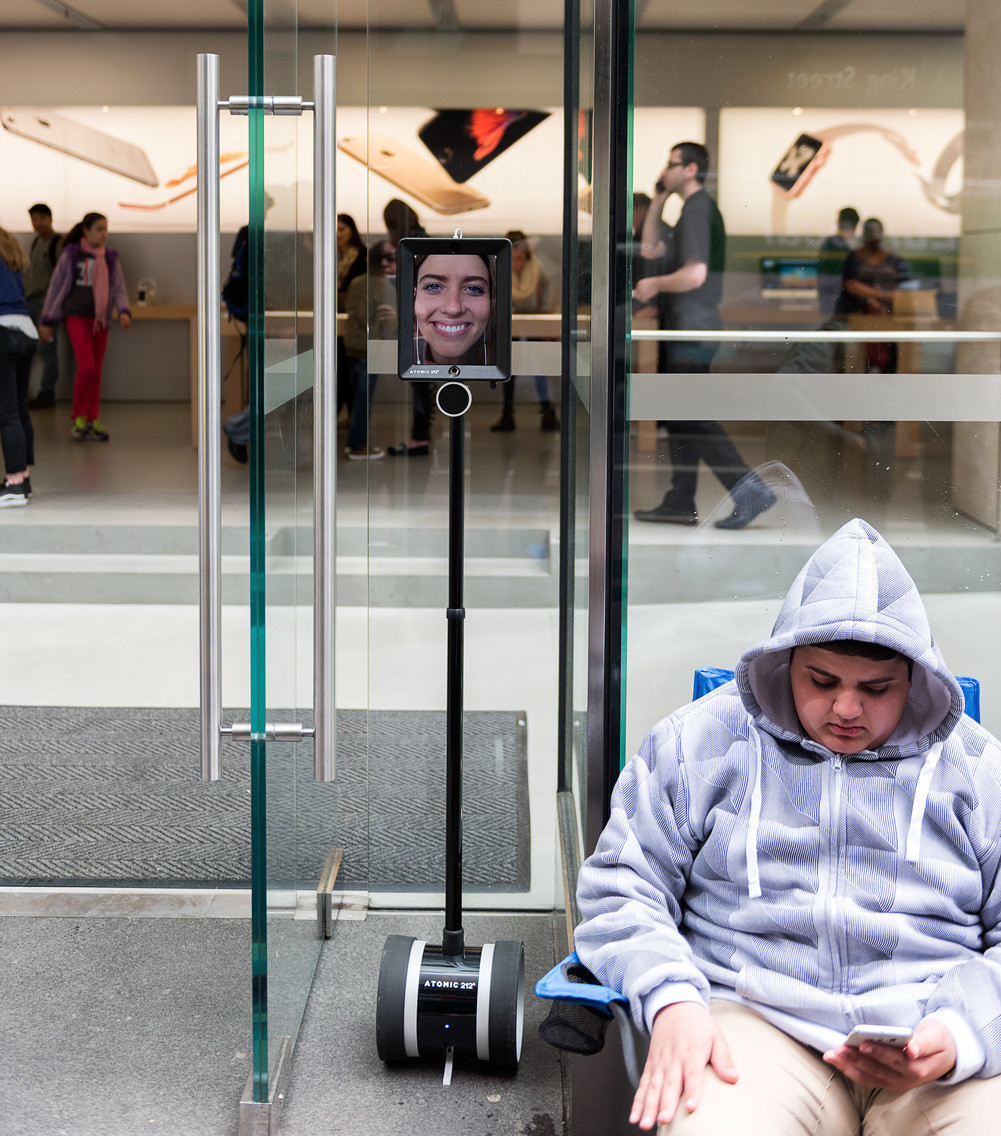 As the rest of the world waits patiently, Australia has already gotten their hands on the latest from Apple, the iPhone 6s and iPhone 6s Plus. But, while hundreds, even thousands, waited in queues, one enterprising soul opted to let a virtual conduit queue the line for her.

This is the story of Lucy Kelly. Lucy wanted the latest from Apple, but unfortunately like many, she has a regular job and could not queue in line for days on end. Instead, she opted to send a telepresence robot to queue the line for her.

A telepresence robot is a small device that looks similar to a Segway, but also has a tablet attached. The tablet allows for "face-to-face"communication via the built-in camera. Naturally, the robot was able to withstand long hours and moisture, and even had a special tent that allowed it to charge up and stay dry in case of rain.

Ultimately, the experience was an experiment that (hopefully!) saw the robot make the purchase of the iPhone. The iPhone 6s and 6s Plus makes its debut globally on September 25, 2015.