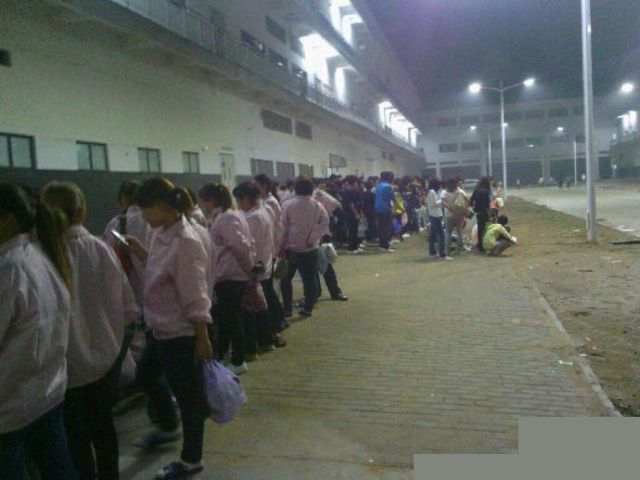 The report, from the China Labor Watch organization, claims that up to 4,000 workers at Foxconn's Zhengzho plant participated in the strike. The report states:

The majority of workers who participated in this strike were workers from the OQC (onsite quality control) line. According to workers, multiple iPhone 5 production lines from various factory buildings were in a state of paralysis for the entire day.  It was reported that factory management and Apple, despite design defects, raised strict quality demands on workers, including indentations standards of 0.02mm and demands related to scratches on frames and back covers. With such demands, employees could not even turn out iPhones that met the standard.

The report adds that Foxconn workers have also complained of their management not allowing them to take a vacation for a local holiday.

Some people who have purchased the iPhone 5 since its launch in mid-September have complained they received the phone with nicks and even bends on the phone's aluminum antenna bezel. Apple and Foxconn have yet to comment on this latest labor incident.