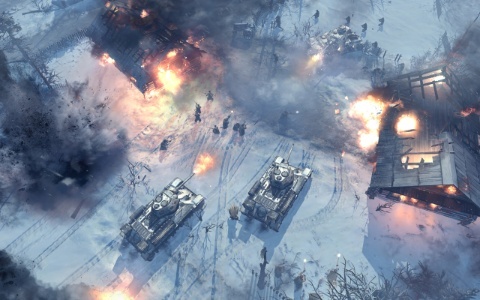 THQ also confirms that the sequel will be centered on the war's Eastern Front this time " ... challenging players to take command of the iconic Red Army and repel the Nazi invaders from the very gates of Moscow." The game will be based on Relic's in-house Essence 3.0 graphics engine, which will have features such as " ... Dynamic Battle Tactics, increased graphical fidelity and new environmental destruction."

The original Company of Heroes was released in 2006 and focused on the invasion of Normandy and the liberation of France by Allied forces. The game was widely hailed by critics and two stand alone expansion packs, Opposing Fronts and Tales of Valor, were released in 2007 and 2009, respectively. Relic also developed a free-to-play version, Company of Heroes Online, but THQ decided to shut the game down in March 2011.