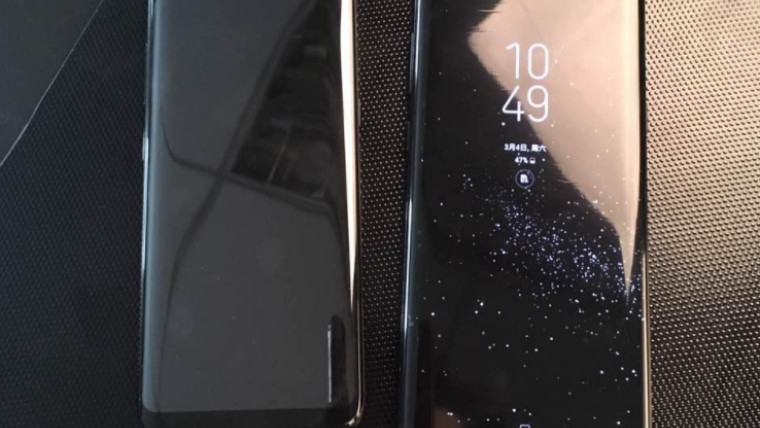 The Samsung Galaxy S8 is expected for release in late April, and rumours back in January suggested that the Galaxy S8 and its larger variant, the Galaxy S8+, would feature a fingerprint scanner on the rear of the devices. According to reports from The Korea Herald, the decision to place the scanner on the rear was made at the last minute because the company developing the touch sensors ran out of time developing a scanner which was to be embedded under the display.

Last December, California-based company, Synaptics, announced an optical fingerprint scanner which was expected to be used in the Samsung Galaxy S8 and anticipated to be fully integrated into the device's screen. It was also rumoured that Apple would implement a similar feature in the next generation iPhone. However, industry sources who contacted The Korea Herald claimed that Synaptics couldn't develop the sensor fast enough for Samsung's schedule, leading to the last-minute decision to move the fingerprint sensor to the rear.

An industry source, who spoke to The Korea Herald under the condition of anonymity, stated that:

“With the production imminent, the company had to decide to relocate the fingerprint scanning home button to the back of the device at the last minute.”

The release of the Samsung Galaxy S8 and the Galaxy S8+ is hotly anticipated with leaked images of the devices and anticipated prices circulating online. Meanwhile, buyers who are prepared to purchase from phone retailer, Carphone Warehouse, can register their interest in pre-ordering the S8, ahead of the expected release of the handsets late next month.

Source: The Korea Herald via Slashgear