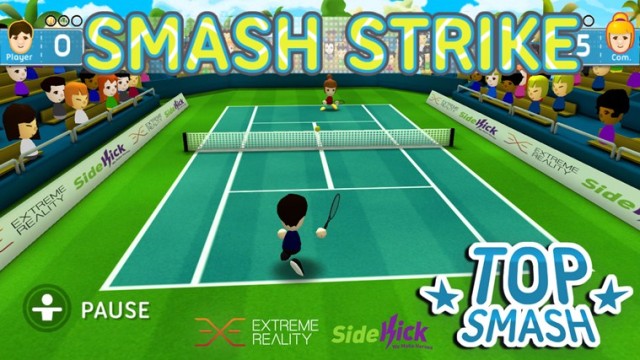 Microsoft may have Kinect in place for some Xbox 360 games, but its Kinect for Windows product has yet to be used extensively for motion controlled PC titles. Today, a new game was released for Windows 8 that its developers claim uses motion sensing and control with only a regular 2D camera.

The game is called Top Smash Tennis and comes from developer Side-Kick Games. It's now available to download in the Windows Store for $2.49. The game was developed using an SDK made by Extreme Reality, which offers a way to add 3D motion control using any standard camera.

Until now, motion controlled games have been tied to the console platforms such as Xbox, PlayStation and Wii. Now, just as users are migrating from console-based to mobile-based games, Extreme Reality has the critical software ingredient that allows any developer to create a full-body motion game that requires no additional hardware than the smartphone, tablet or PC people already own. This gives tremendous new freedom to the developer and the gamer.

The video above gives users an idea of how Top Smash Tennis works on a Windows 8 laptop with an embedded camera. The full game has 15 levels and also supports extra in-app purchases.

Update: There is another Windows 8 app that also uses a standard 2D camera, Ballstrike, but it is more of an exercise app than a game and is actually listed under "Health and Fitness".