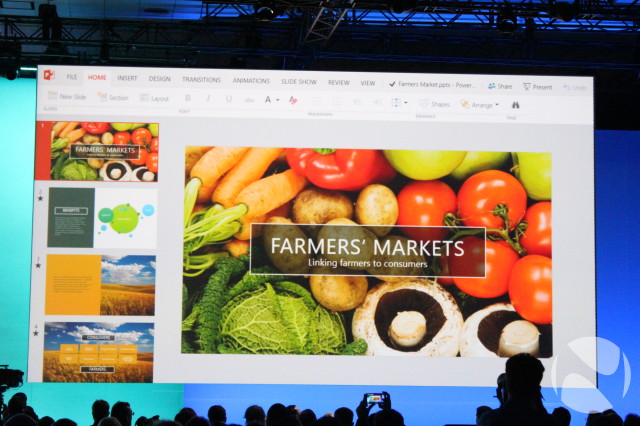 Much like Microsoft has done for iOS, Office will be coming to Windows in a touch-friendly variety and it was demoed at BUILD. To help you get a better look at the UI, we snapped a bunch of photos during the demo and have posted them below.

Microsoft will be bringing Word, Powerpoint and Excel to the modern environment. Microsoft made it clear that this is preliminary code, which likely means that we may not see the platform for a modest amount of time, which frankly, is quite odd seeing as they sell the experience already on iOS. 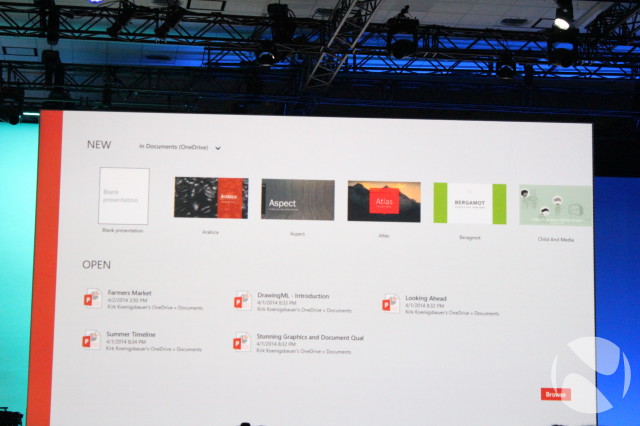 One of the cool features about the platform is that it also works on Windows Phone too; this will provide one user experience on many different sized devices. By providing a multi-environment experience, Microsoft shows off the capabilities of their code base and their ecosystem for developers. 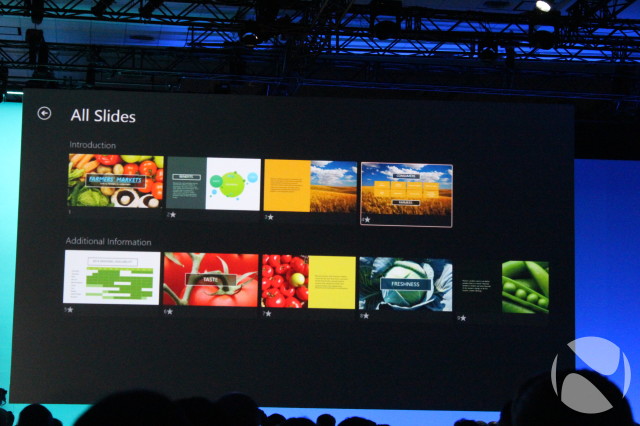 Sadly, Microsoft only showed off the Powerpoint user interface and left Word and Excel UIs to your imagination. We would expect that the final UI will look similar to the interface on iOS as that platform is already designed a finger friendly setup, so there is no reason to reinvent the wheel with the Windows iteration.