Love ‘em or hate ‘em, Apple has made a lot of products over the years. Needless to say, not all of them were hits, and not all of them are on display in the Museum of Modern Art. We thought it might be interested to delve back into the annals of Apple history and take a look at some of the less famous of Cupertino’s gadgets, and one of the first ones to catch our eye was the…

Apple QuickTake: Despite being early to the digital camera game and being a pretty solid product, Apple's line of QuickTake cameras are pretty much forgotten today. From 1994 to 1997, four models of the QuickTake graced the market, before being axed by Steve Jobs upon his return to the company he co-founded. 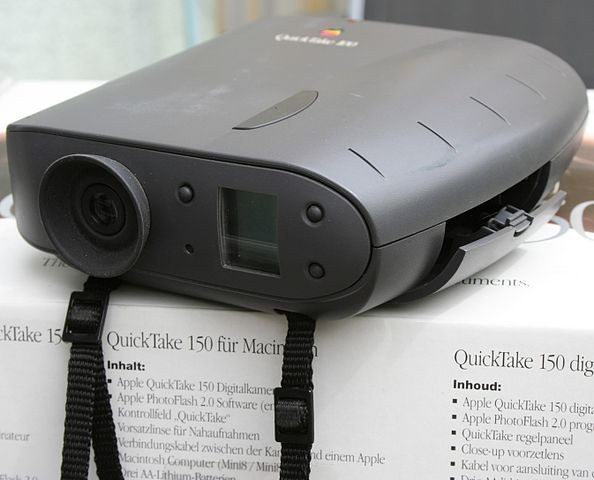 By and large, these were really simple devices, and crude by our standards - one of the great things about digital photography is being able to see your image as soon as it's taken, but you won't be doing that with a QuickTake. Remember that we're in the '90s here, so LCD technology wasn't exactly in its prime yet, and even though cameras from the QuickTake line featured fairly spacious displays, they weren't good for much, other than keeping track of your battery and memory.

iPod+HP: This just might be the weirdest product on our list. Even though it sounds like something that would make Steve Jobs, Jonny Ive and every single person with a love for Apple in their hearts collectively cringe and vomit, it was produced (and quietly killed) under their watch: an HP branded iPod.

What in the world could compel Apple to let one of their greatest products be defiled by a competitor? Distribution, believe it or not. Back in 2004, there weren't quite as many Apple Stores, and Apple really didn't have a very solid distribution network for the rest of the market. HP did, however, and it was because of HP that Apple was able to get the iPod into Wal-Mart. 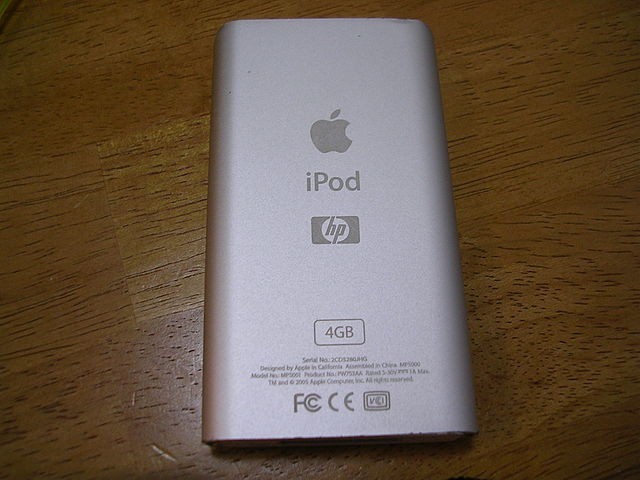 HP offered a range of iPod models, ranging from the Classic to the Shuffle

HP branded iPods really weren't very different from regular iPods; at first there was talk of having them be colored 'HP Blue', but that fell through early on and they came out looking like regular iPods, but with an HP logo on the back. And even though Apple still handled the design and manufacturing, HP ended up providing support for them. Needless to say, this ended up creating a whole lot of confused customers.

As part of the deal, iTunes would come preinstalled on all of HP and Compaq's consumer desktops. It's more than a little ironic that Apple ended up contributing to the mass of pre-installed bloatware that comes with HP products, considering how they abhor the practice.

PowerCD: Before the iPod, there was the PowerCD. It was really just a Philips CD player, but it had a cool Apple logo on it, included a horrendous remote, and let you plug it into your Mac. Cool, huh? 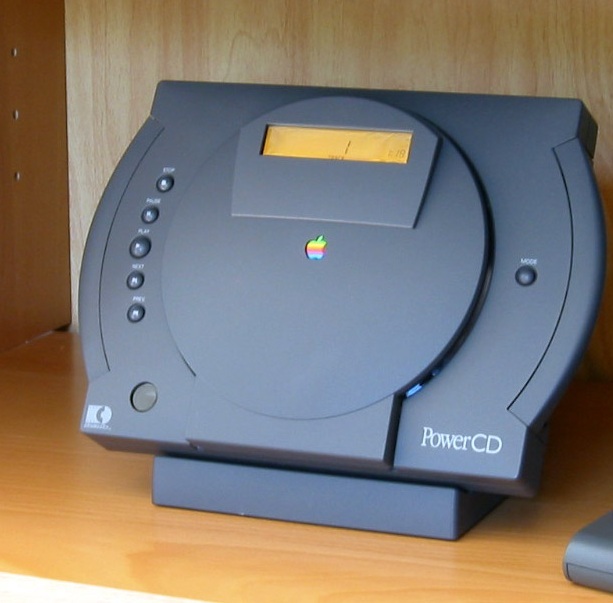 The PowerCD did have one other feature that the competition didn't; taking advantage of its computer connectivity. It was marketed by Apple's 'Mac Like Things' division (we're not making this stuff up) as the perfect companion for the PowerBook line, so you could have access to your CD-ROM collection while you were on the go. So long as you didn't mind, y'know, lugging around eight pounds of plasticized crap everywhere you went, along with your 6 pound Powerbook.

Network Server: Just to give you an idea of how confused Apple was in the mid-'90s, here's the Network Server. Nowadays people like to complain about Apple not showing enough support for the pro-market by updating the Mac Pro, but back in 1996 Apple had a product that was even more professional. 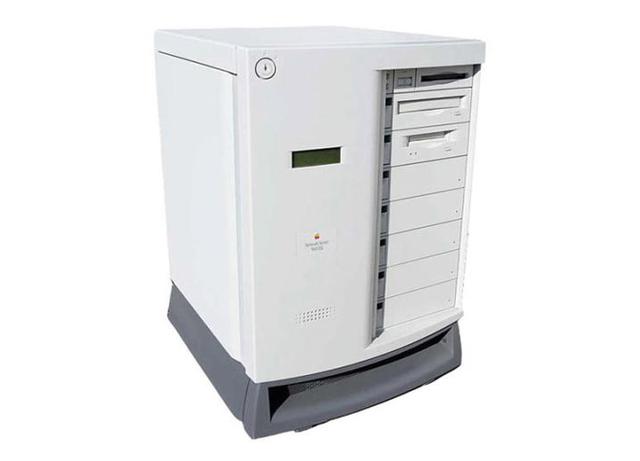 The Network Server wasn’t a Mac; instead, it ran IBM’s AIX OS, which was their version of Unix. The low-end Network Server 500/132 (catchy, no?) packed a whopping 32MBs of RAM and a 2GB hard drive – all of which were vastly expandable, for the record - into a conveniently portable 2 foot tall, 85 pound encasing, all for the low, low price of $11,000. Needless to say, they go for a lot less than that on eBay nowadays.

Macintosh TV: A TV set designed and manufactured by Apple? Been there, done that. Well, sort of. It was really just a black Performa 520 with a cable port. Actually, despite including a TV tuner inside the computer, the functionalities were completely separate, forcing you to take your pick between watching TV or using the ‘powerful’ 7.1 Macintosh. If it hadn’t been such a lazy execution, the Macintosh TV could’ve been revolutionary. Instead, Apple ended up dropping it after a 10,000 unit production run, and now it’s a highly sought after collectible. 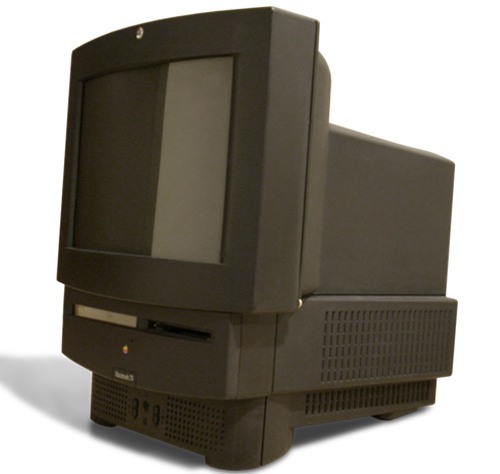 The Macintosh TV could even save your favorite TV programs for posterity as individual, frame by frame .pict files

For interested parties, there’s still a wide range of bizzare Apple products to go around, and we could probably keep this list going for a while longer. And that’s not even touching prototypes. Still, we hope that this sampler was at least somewhat amusing, and that you’ll join us again next Tuesday!