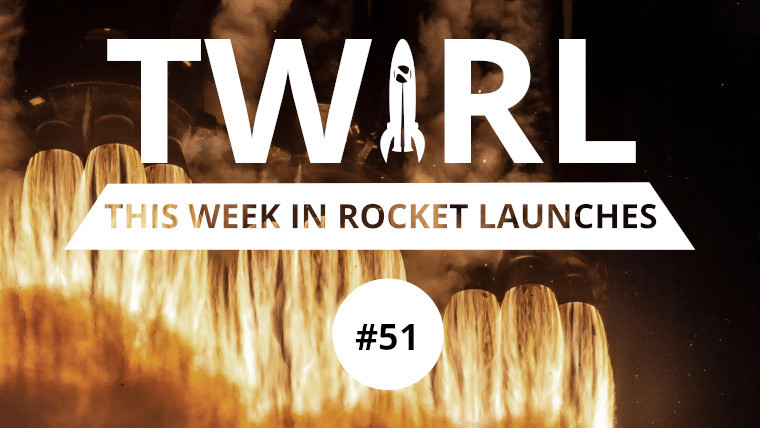 Continuing the trend of a quiet week, the week starting February 7 will be no different from what we’ve seen from the rocket launch schedule since the new year – just a handful of launches. On Thursday, we will see the launch of more OneWeb satellites atop a Soyuz rocket and as early as Friday we could see the fourth launch of SpaceX’s Falcon Heavy rocket – a rocket that hasn't lifted off since 2019.

The first launch is due to take place quite late in the week, Arianespace will launch one of its Soyuz ST-B rockets from French Guiana carrying 34 OneWeb internet communication satellites. The Soyuz rocket is slightly different from the Russian variant as this one is equipped with a flight termination system and pyrotechnic igniters on the boosters and first-stage engines.

Once in place, the OneWeb satellites will sit at 1,200 km above the Earth and beam internet connectivity down to the planet. They will sit in a near-polar orbit and have a lifespan of more than 7 years before they have to be replaced.

The next launch of the week is currently scheduled for no earlier than Friday but there's a chance we may not see it this week. SpaceX is preparing to launch its Falcon Heavy rocket for the first time since 2019. The mission is dubbed USSF-44 and is being carried out for the U.S. Space Force. While the rocket will be carrying two payloads, we only know that one is called TETRA 1 and that this is a MicroSat that will be a prototype for future satellites. As no confirmed launch date has been set, it’s impossible to say what time or even what day it will happen at the moment.

The first launch of the week took place on Monday. SpaceX launched a Falcon 9 rocket carrying the CSG-2 satellite for the Italian Space Agency. Following the launch, the Falcon 9’s first stage landed back on the ground ready to be reused.

On Wednesday, SpaceX had another launch. This time, a Falcon 9 rocket carried a payload into space as part of the NROL-87 mission for the U.S. National Reconnaissance Office. You can see the launch below.

Finally, on Thursday, SpaceX launched yet another Falcon 9 rocket carrying 49 of its Starlink satellites. These satellites will join the Starlink constellation and beam internet connectivity back to the Earth.