The social network Twitter is reportedly considering the purchase of online music sharing and streaming service SoundCloud in order to further its growth into other market areas and to help shift its gaze away from solely social media. The deal, reported by Re/Code and set to be Twitter's biggest acquisition yet if approved, would result in Twitter re-entering the music market after an unsuccessful attempt last year with 'Twitter Music'. That product was an app originally designed to take on Spotify but it failed to attract users and was discontinued in March. 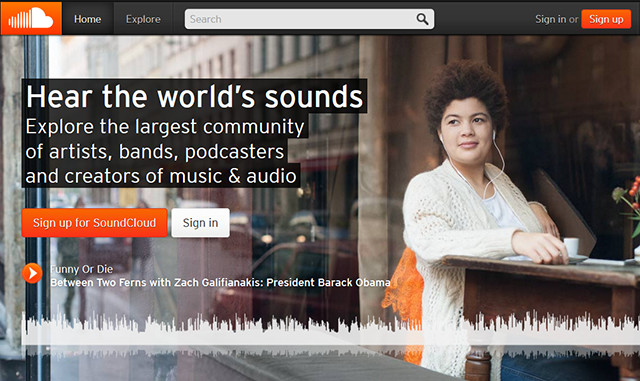 SoundCloud was recently valued at around $700 million, after successfully completing a $60 million funding round, so it is clear that Twitter are going to need to write a large cheque for the acquisition to be successful. SoundCloud and Twitter currently have roughly-equal quantities of users although the latter's member numbers have begun to decline in recent years. However, with the purchase of SoundCloud, Twitter will have the chance to expand properly into the music industry and to find another area to attract new users from.

SoundCloud often describes itself as the 'YouTube for audio' owing to how anyone can upload and share music that they produce. Because of this, it has become popular with indie and open-source artists who can use it as a way to get their home-produced tracks known to the world.

Although neither company has commented on the claims of a possible purchase, it is definitely possible as they both already have links to each other. Peter Chernin, a member of the Twitter board, invests in SoundCloud via the Chernin Group that he created and one of Twitter's earliest backers, Union Square Ventures, has also praised SoundCloud in the past. Although nothing is confirmed, if Re/Code's claims are true then Twitter could be rejuvenating itself by gaining much-needed users and attempting again to enter a market it failed in before.