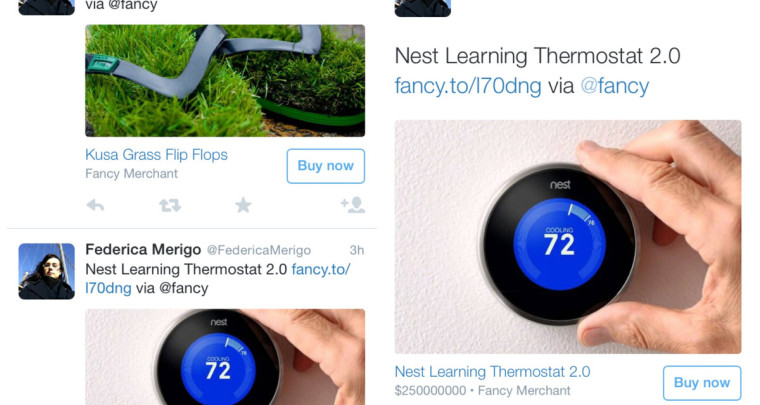 Twitter is partnering with ecommerce startup Stripe to add "buy" buttons to their website, allowing users to make purchases and process payments directly from Twitter without ever leaving the site.

According to an exclusive report from Re/code, the addition will be deployed later this year, and will allow businesses to sign up via Stripe in order to sell products directly within tweets. The direct payment service could be used for anything from concert tickets to clothes, although there's no word on how hard it will be for a business to sign up for payment processing via Stripe -- or more importantly, how much it will increase the already-significant amount of spam on Twitter.

Users will likely be able to purchase products, enter payment information, and even enter shipping information from within Twitter, reducing the number of clicks required to buy a product and potentially increasing commerce for participating businesses. Ease of access is a huge factor in purchasing products, so companies will doubtlessly be lining up to participate in the new direct-purchase system when it goes live.

Since staff members will likely be needed to review each application, the addition could also lead to new jobs, further stimulating growth on a site which has seen its quarterly profits stagnate in recent months. Twitter's new payment integration via Stripe may also help with userbase growth, which has grown only four percent in Q4 2014 -- the slowest ever for the company.