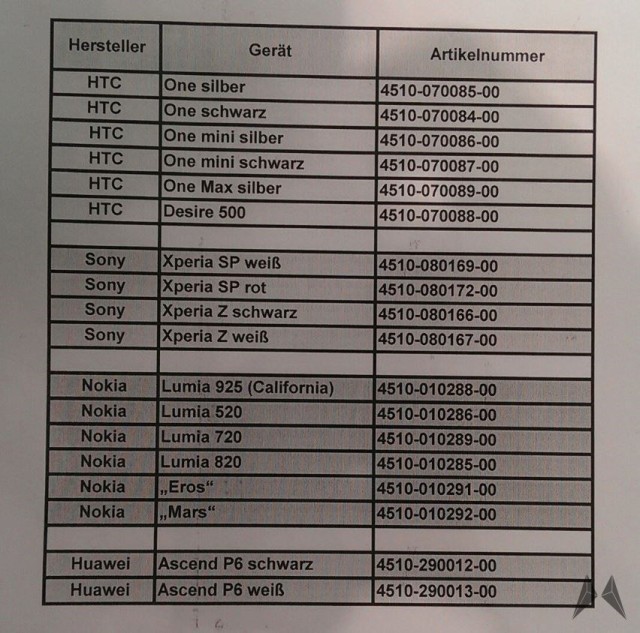 Next week, specifically on July 11th, Nokia will hold a press event in New York City where some believe it will reveal "EOS," the code name for a new Lumia Windows Phone device with a 41 megapixel camera. But does Nokia have even more up its sleeve that we don't know about yet?

The German language website Mobiflip has posted up an images of a document it says comes from the wireless carrier O2 Germany. The list shows a number of already released or announced Nokia Lumia smartphones but also has two more phones with code names that previously have not reported on before: "Eros" and "Mars."

It's more than possible that "Eros" could be a misspelling or simply a variant for the "EOS" smartphone. As far as the "Mars" listing, there doesn't appear to be any Nokia phone waiting in the wings that could tie into that code name. It's possible that it is yet another variant on a previously released Lumia smartphone, or it could be an all new device.

The same list also shows some new smartphones from HTC, including references to an HTC One Mini product and another for a HTC One Max smartphone.