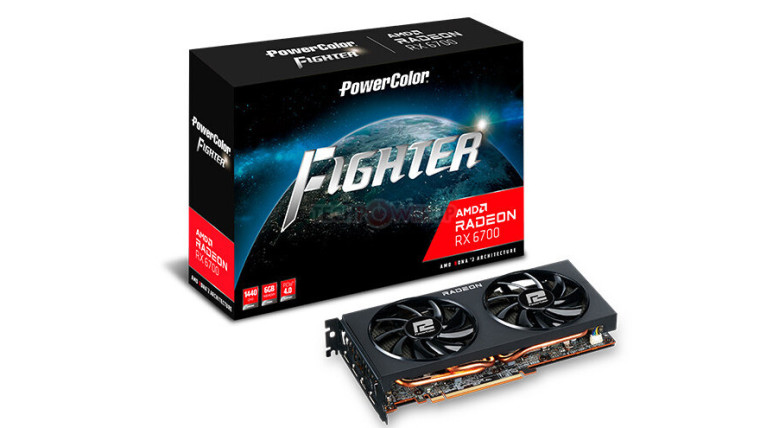 AMD-only AIB PowerColor may have inadvertently leaked the image of an upcoming Radeon RX 6700 Fighter graphics card. TechPowerUp reports that it spotted the image of the product among PowerColor's press materials. The image shows what the card looks like and also contains some information regarding the specifications of the 6700.

The RX 6700 seemingly features a memory capacity of 6GB GDDR6, which is in line with a previous finding. This GPU is likely the cut-down version of the full Navi 22 GPU inside the Radeon RX 6700 XT and probably sports a similar memory configuration with a 192-bit wide memory interface and 96MB of on-die Infinity Cache.