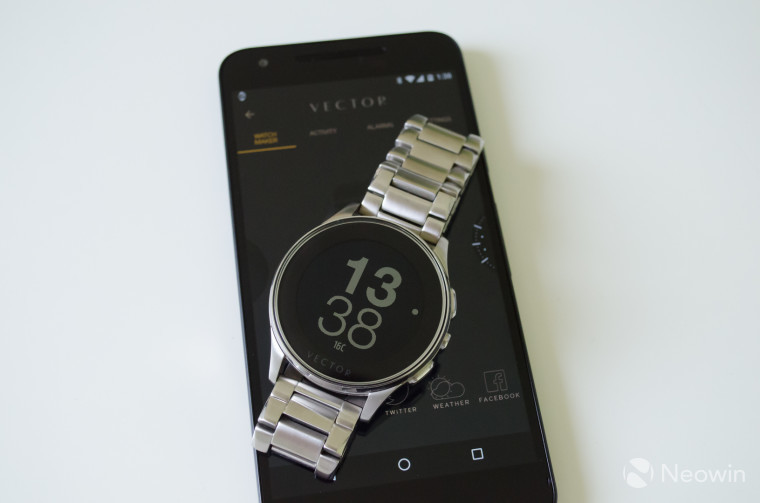 You might have never heard of Vector, but it was a very interesting smartwatch company with a focus on design. Its products were cross-platform, supporting even Windows Mobile, and offered month-long battery life. But now, Vector is joining the Fitbit family and its watches and ecosystem will now be part of the fitness company’s holdings.

In a new post on its website, Vector reminisced about the last two years since it launched its original products, when the smartwatch and wearable market was quite different. But now, the company has reached “an important milestone” and it’s joining Fitbit’s family.

Vector set itself apart with its focus on the “watch” aspect of smartwatches, offering interesting products at a premium price. When we reviewed the company's Luna smartwatch we were blown away by how comfortable the device was and how its battery lasted for more than a month. However, we were also disappointed by the lack of a robust ecosystem and apps.

Vector’s decision to build an operating system and ecosystem from scratch may have contributed to today’s exit from the market via Fitbit. Indeed, the company alludes to its ecosystem saying that as part of Fitbit it will finally be able to build new features and experiences, something its own products severely lacked.

However, those looking forward to a new Vector product under Fitbit’s wing may be disappointed. The company mentions it won’t release software or hardware updates for any of its products, though support will continue.

Still, if Fitbit manages to learn from Vector and puts out a long-lasting, beautiful smartwatch, this time held up by a robust ecosystem, we’d instantly jump on board.