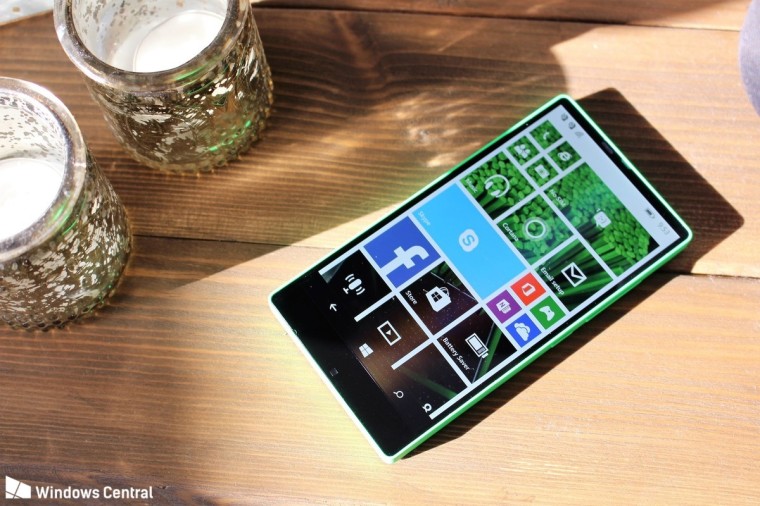 With Joe Belfiore ringing the death knell for Windows Mobile, the appearance and review of yet another unreleased Lumia with a revolutionary idea is all the more jarring. Long before the likes of the Apple iPhone X started toying with the idea of a bezel-less smartphone, Microsoft was already working on releasing one in 2014.

We had learned about the device earlier this year but the folks at Windows Central were able to obtain a prototype of what was supposed to be the Lumia 435. Their review of the phone gives us a bit more detail on a device that could have allowed Microsoft to not only be the company to kickstart the bezel-less trend in the industry but to also do it at a price of just $200.

Unlike modern smartphones, the phone isn't entirely bezel-less as it does feature a bit of a chin but this was, perhaps contrary to earlier guesses, because the company had decided to move the front-facing camera to the bottom of the front panel. Still, the 5-inch display with a 720p resolution would have sported a 79% screen to body ratio, the highest of any phone in 2014.

The rest of the phone's specification were fairly average and in line with a midrange device at the time: a 5MP camera, 4GB of internal storage, and 1GB of RAM, all of it powered by a Snapdragon 200.

It's not entirely clear why Microsoft canceled this design in lieu of the Lumia 435 we eventually got, a markedly unremarkable phone. It could have been that the bezel-less designs of the company were too expensive to achieve at the $200 price point or perhaps Microsoft believed it to be too much of a departure from the industry standard.

Regardless of the reasoning, this is yet another reminder of Microsoft's botched execution with Windows Mobile and adds another to the long list of innovative devices that could have enticed customers to give Windows Mobile another look but were ultimately canned. Though Belfiore may blame the app gap as the reason for their failure, quite a large share of the blame rests on Microsoft's own missteps.