Meta-owned company WhatsApp adds useful new features to improve the overall app experience and tries to ensure that these features become available across all platforms. The ability to react to messages is one such feature that the company will make available for both mobile clients and the UWP-based WhatsApp Beta app.

The ability to react to messages is obviously not the same as sending emojis in reply to a message. The ability to react to messages is more convenient than that as it lets you react directly to the message. Also, it makes conversations more meaningful and less cluttered. The Message reactions feature is already available on other social media platforms, including Instagram, Twitter, Messenger.

Besides the WhatsApp UWP app, the message reactions feature is also expected to be available for WhatsApp for Android and iOS. In fact, WhatsApp mobile clients may get the feature before their desktop counterpart as WhatsApp started developing the feature for its mobiles clients much earlier than the desktop client.

The message reactions feature for WhatsApp UWP app is currently in the development phase, meaning you cannot check out the feature right now. But for those who want to develop more clarity on what the interface will look like, below is an image for you. 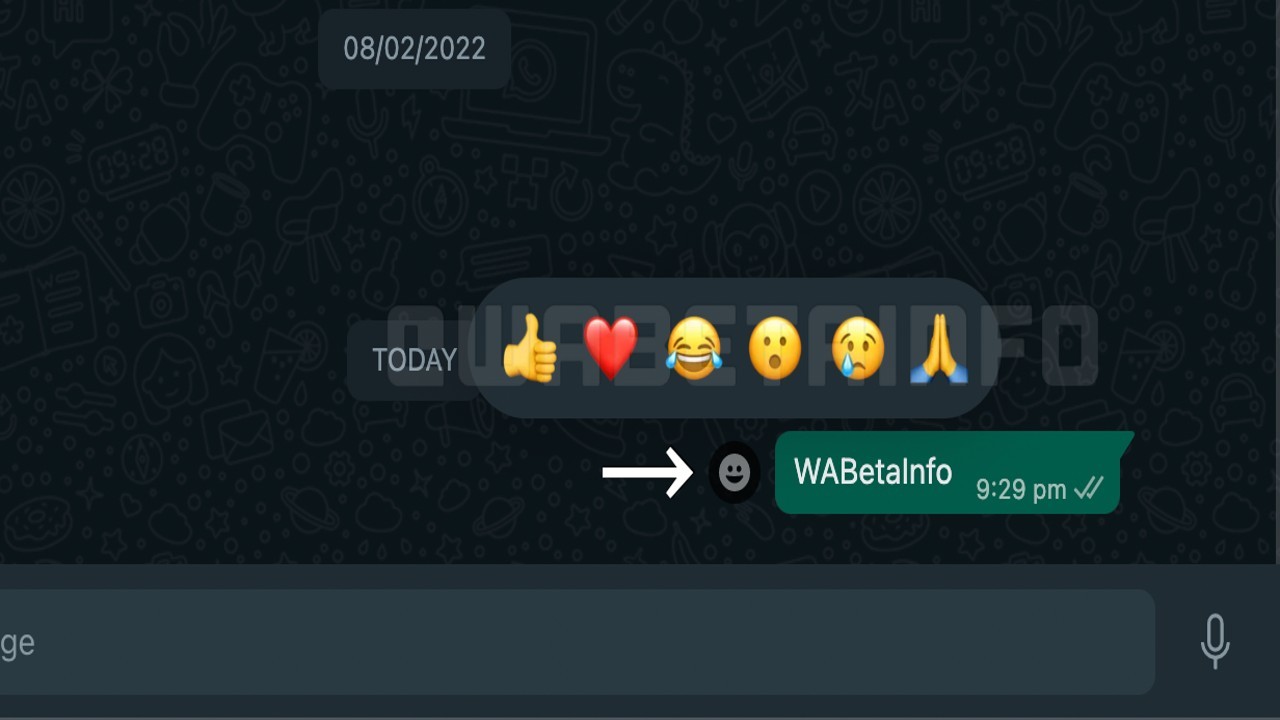 The feature is expected to become available to Beta testers first, and once the company is satisfied with testing, it'll be rolled out to the general public as well.