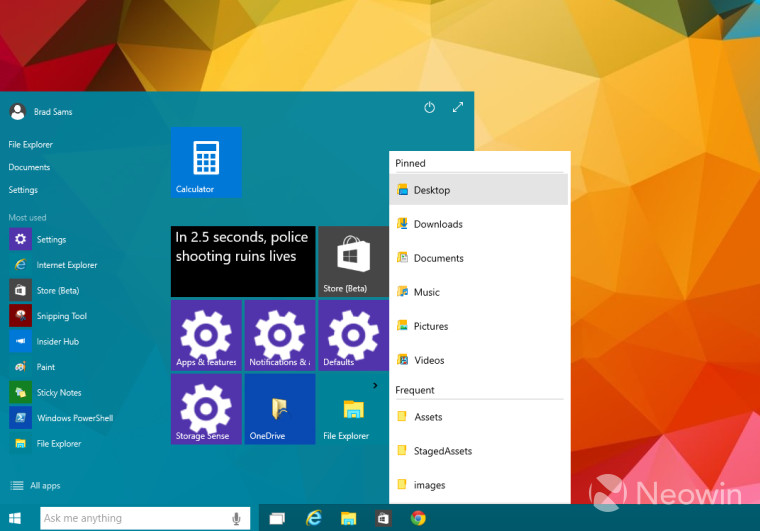 Several years ago, Microsoft created a feature for power users called Jump Lists and with the return of the Start menu in Windows 10, many assumed that this feature would be present too. Unfortunately, in the first few builds that were released to Insiders, the Start menu did not have this feature but thanks to a Registry tweak, you can bring this functionality back.

For clarity, Jump Lists work in the taskbar without this Registry tweak but when you add the Dword value below, Jump Lists can now be opened inside the Start menu.

Seeing that this functionality can be enabled in Windows 10, this leads us to believe that it may be coming in a future build, but it may not be quite ready yet for Insiders. With that being said, you can follow the directions below to enable the functionality.

If the above information does not make sense to you or you do not feel comfortable tweaking your registry, it's best to wait this one out. This feature adds a small bit of functionality to the Start menu but if you incorrectly modify your Registry, you can corrupt your install of Windows 10.

The Jump Lists work with any compatible app, so for developers, there is no new coding that needs to be done. This will be welcomed news for devs and consumers as it means any legacy app that has this functionality built-in will work in Windows 10 when the feature arrives.