Early next year, Microsoft will release the Windows 10 Creators Update, a major 'Service Pack'-style collection of new features and improvements, following on from the Anniversary Update that was released this summer. Microsoft has already highlighted some of the changes to the communications experience and new gaming features that will arrive with that update. Other enhancements will include a new UI for sharing content, along with integrated virtual reality support through the Windows Holographic shell.

Today, Microsoft announced details of how it will improve accessibility features in Windows 10, in an effort to ensure that the OS can be comfortably used by as wide a range of users as possible. 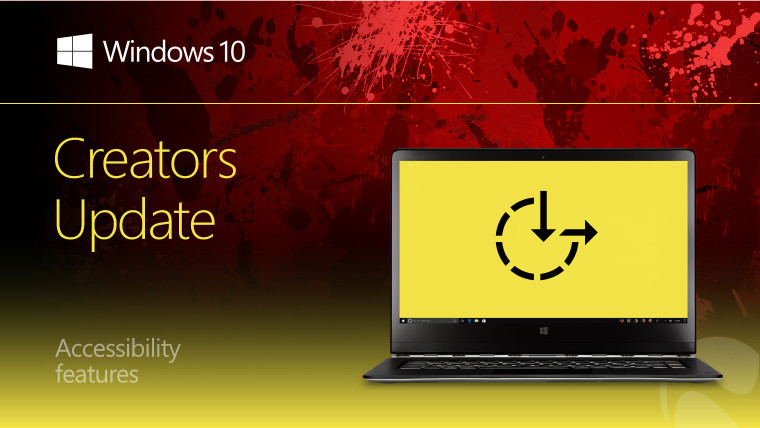 Microsoft said today that it has established "three companywide guiding principles" for all of its future product development:

In pursuit of those goals, the company will be making numerous additions and improvements to Windows 10 with the Creators Update. One of the most significant new additions will be support for braille in the Windows 10 Narrator feature. The Creators Update will include beta support for braille input and output through specialized braille displays "from over 35 manufacturers, using more than 40 languages and multiple braille variants, including grade 2 contracted braille."

It's also adding the ability to use a controller to handle Narrator interactions on Xbox One consoles, including pitch and speed adjustments for the Narrator voice.

Some of these features are already built into Insider Preview builds of the Creators Update, but others will be coming in early 2017, before the update eventually begins rolling out a few months into the year.

Microsoft also detailed some of the accessibility improvements that will be coming to Office 365 early next year, promising "to empower [users] to consume, create and collaborate on content independently, efficiently and confidently." These features include:

Microsoft's announcements today follow a commitment from its CEO, Satya Nadella, a year ago to put accessibility and assistive technologies at the heart of everything that the company does. He said:

As I think about living our mission, top of mind for me heading into 2016 is how we must make Microsoft products accessible to the more than 1 billion people globally of all abilities. This is a shared goal. Universal design is central to how we realize our mission and will make all our products better. Along with our Senior Leadership Team, I will continue to devote my time and passion to this priority.

Microsoft's Jenny Lay-Flurrie, the company's Chief Accessibility Officer, said today that it's "thrilled to see the impact that technology is having on our customers", and that the firm is focused on keeping up that momentum in the year ahead.