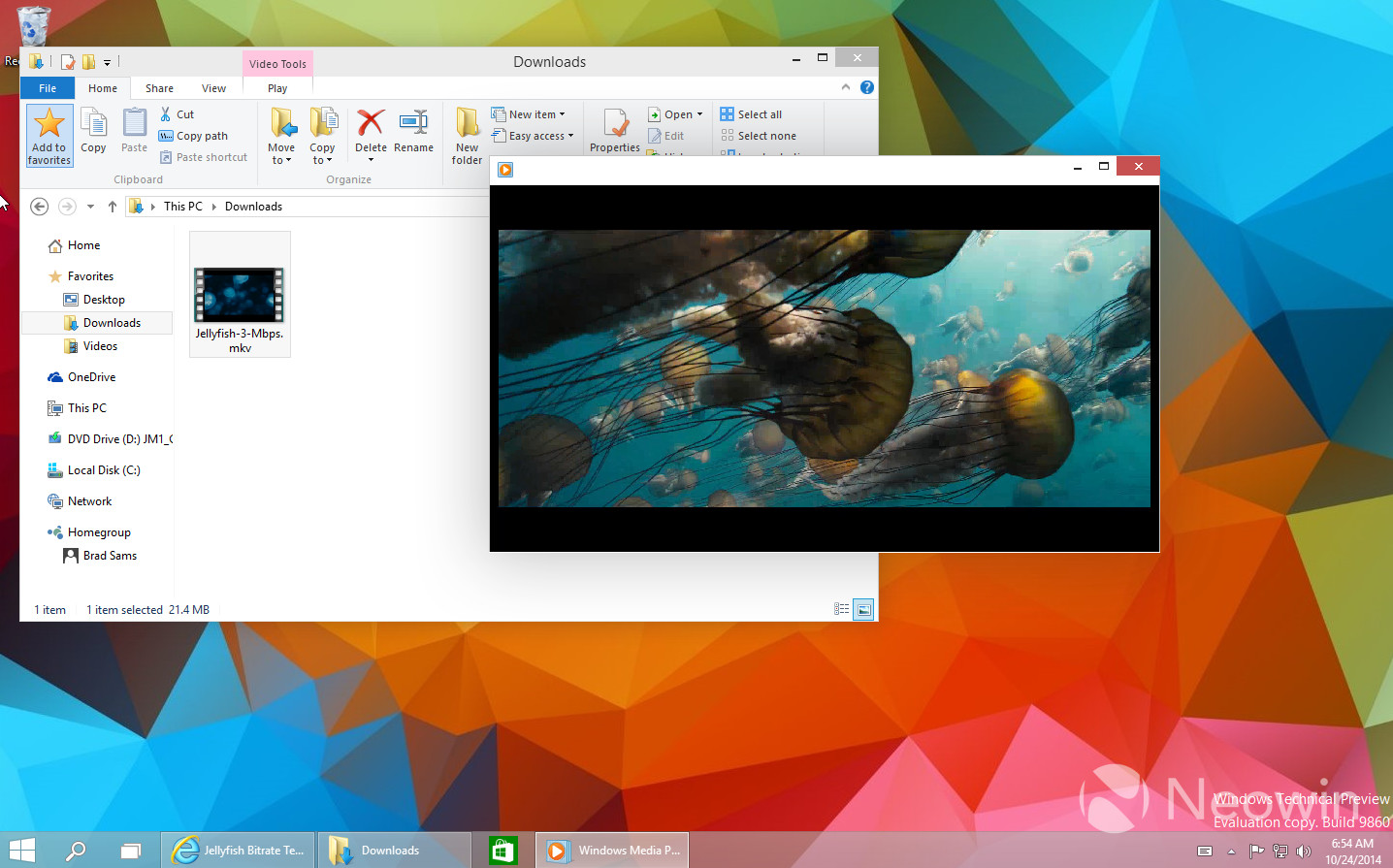 Last month, not long after Windows 10 9860 was released, Neowin (and its forum users) uncovered that MKV support was natively included with the build. While Microsoft, at that time, had not come forward about the inclusion of the codec, it seemed all but certain that this would be a shipping feature.

After a few weeks went by, Microsoft has finally confirmed that MKV support will come with Windows 10 and you can see the tweet below that makes it official.

Congrats @neowinfeed for spotting MKV playback in Media Player in 9860. I can now make it official: Win10 supports MKV codec out of the box.

If you want to test out support for MKV on your install, you can download a sample video from Jellyfish. After the file downloads, when you open it up, Windows will ask you what app you want to use to open this type of file with; select Windows Media Player. After you select WMP, a warning will pop up saying that the player does not support this file but if you click 'Yes', the file will then play without issues.

We have been covering all of the new features that shipped with the latest build of Windows 10, 9860. If you happen to find something that we have not covered yet, make sure to send us a tip. Or, if you are having issues with your install, you can get help in our forums here.