Microsoft has announced that its new Windows 10 operating system will be made available as a free upgrade during its first year of availability. 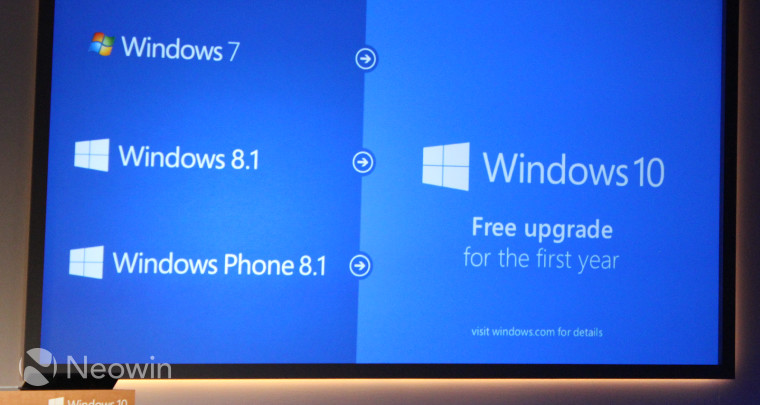 All devices running Windows 7, Windows 8 and Windows 8.1, and all Windows Phone 8 and 8.1 handsets, will be able to upgrade to the new OS without charge. Microsoft's Terry Myerson said today that "once a device is upgraded to Windows 10, we'll be keeping it current for the supported lifetime of the device."

The company had previously committed to updating all of its Lumia Windows Phone 8 handsets to Windows 10, but it wasn't clear what its plans were for offering the update to its desktop OS, until today.