One of the biggest new features in Windows 8 is the ribbon UI across the entire operating system. Almost all native applications will now include the ribbon UI, a very helpful tool for new and experienced users to quickly find what they want.

One of the biggest noticeable changes in Office 2010 was the ribbon was spread across the entire suite. Windows 7 also included a few additional apps with the new ribbon UI, like the calculator… 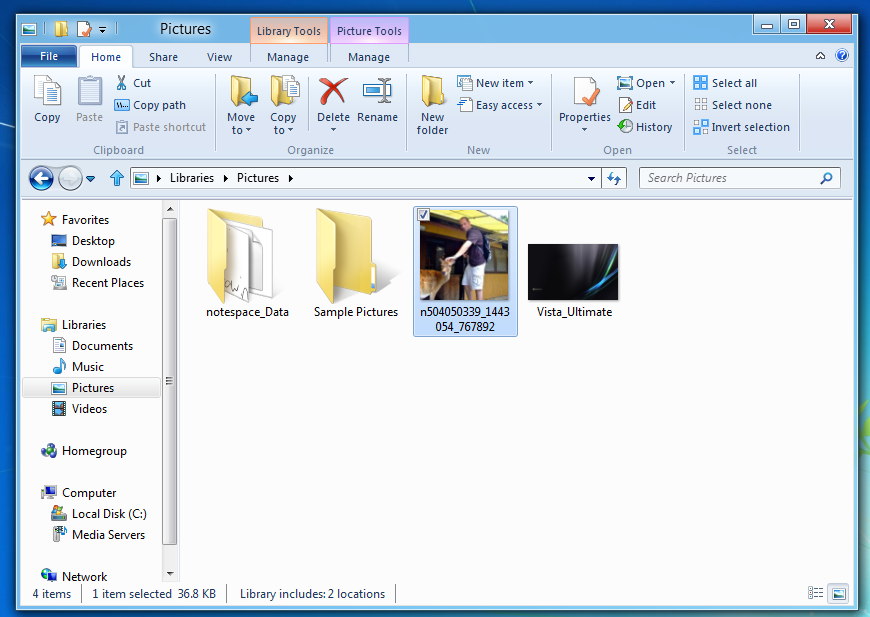 Microsoft has taken this to the next level by adding the ribbon experience in explorer, a major part of Windows operating system. The ribbon not only keeps all your possible tasks easy to see and use, but organized into tabs and smaller groups. Inexperienced users will be able to share their pictures and videos with their entire network with just a few clicks of a mouse now.

The ribbon uses a dynamic interface, depending on your selection within Windows Explorer. If a user clicks on a photo, document, folder or something else, the ribbon changes the users options to modify the users selection. 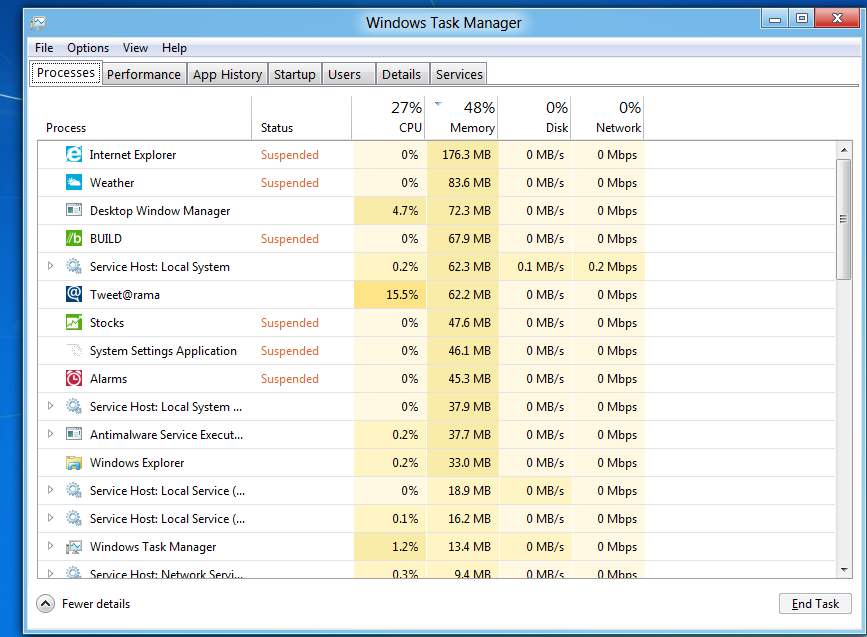 Microsoft states that over 35% of all Windows users normally use task manager on a weekly basis to kill a task or perform more advanced techniques. A big addition to Windows 8 is the advanced task manager, which includes more detailed and organized read outs of your systems processes.

The new Windows Task Manager comes with a few additional tabs, options and a major facelift.

The processes tab will include Windows 8’s tablet applications, but when the user is using the Windows 8 desktop experience, these applications will be frozen in their current state, using little to no resources at all, keeping system performance high. 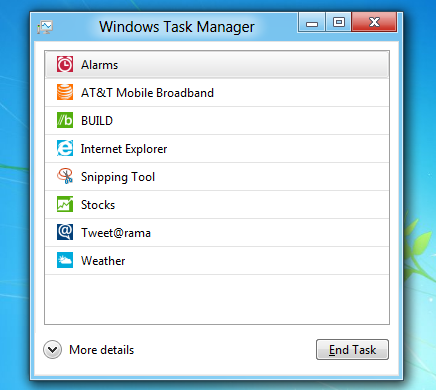 Windows 8 brings a fresh look to the task managers performance tab. Long gone are the ugly green and black graphs of your CPU and memory usage, as Windows 8 brings a colorful and clean looking UI. The updated performance tab now consists of individual graphics, in assorted tabs along the left hand pane, with CPU, memory, disk usage, Bluetooth devices, WWAN and wireless usage.

Tablet users will also find a handy App History tab under their task manager, consisting of all their recent applications they have run with detailed information like amount of time it has run and how much bandwidth the app has used.

If all of these features are too much for the average user, the task manager also has a compact version, just showing a neat list of all your current running applications.

There has been a number of ‘leaked’ images floating around of Windows 8 fresh new UI, but all of those don’t seem to really match up to what is present in 8102, and to be completely honest, the UI might even change again before the beta or RTM.

The minimize, maximize and close buttons found in Windows 8 build 8102 are similar to that of Windows 7, but appear to have a more ‘metro’ style to them. The look isn’t very ‘glassy’ like that of Windows 7, and doesn’t contain the blue and red highlights around the buttons when you hover over.

As the new UI is still fresh, a number of older applications, like Windows Media Player 12, are broken under the new theme.

Windows 8 build 8102 does come with the History Vault that leaked a few months back, an automated backup and restore system for individual files, but the application still appears to be unfinished and unusable on a tablet PC. 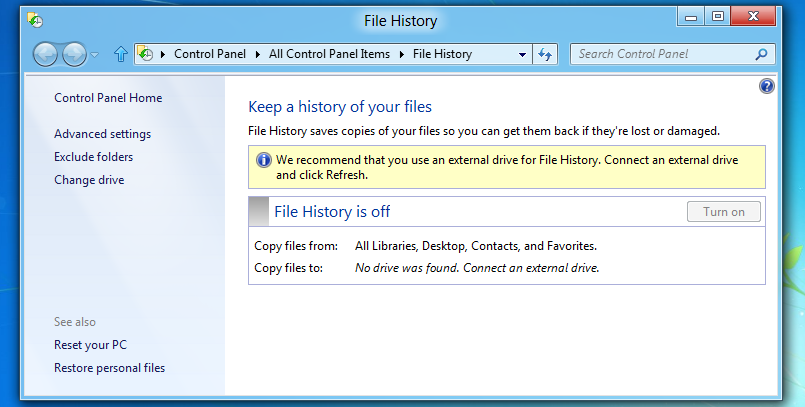