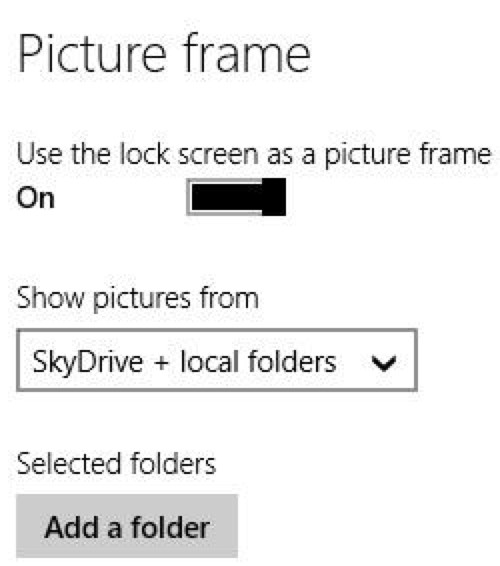 The leak of Windows Blue build 9364 has given us a fantastic look into the direction that Microsoft is taking the platform, and one of the many new features is a picture frame mode that will turn a device's lock screen into live display of a user's photographs.

While you displaying images on a lock screen is something that has been available for some time, Windows Blue's implementation of the feature has a twist. The feature will let users turn their lock screen background image into a picture frame of their personal photos from local and cloud-based storage. The feature is a lot like what is available on Windows Phone 8, where users can have their image updated via Bing or many other sources.

While not a major new feature, it's the small items such as these that will allow consumers to customize their machine to make it a more personal experience.

As more users get their hands on this Windows Blue build, expect more secrets to be uncovered about what the next Windows installment from Microsoft will include.

Thanks for the tip, AngelWZR!