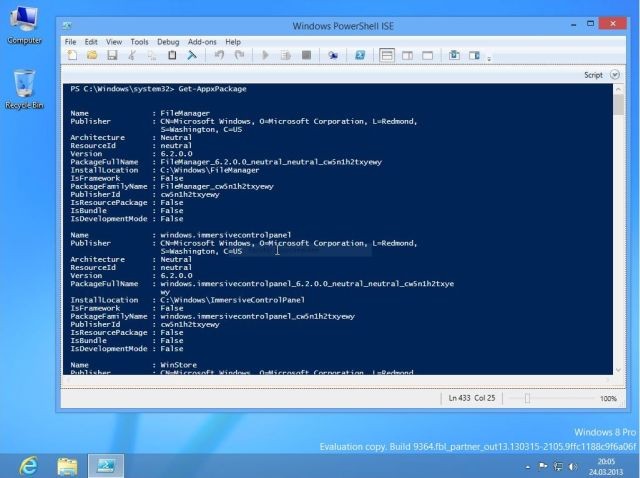 There's already been a flood of new information that's been discovered from the leaked 9364 build of Windows Blue today. One interesting tidbit has been found that may suggest Microsoft could finally be offering a feature for Windows 8 and Windows Blue users that's been much requested by users of the OS.

In a screenshot uploaded by the Windows4Live Twitter account from the leaked build, it seems to show a listing for a File Manager app for Windows Blue via the PowerShell window. This has apparently been confirmed by another Twitter user, AngelWZR who has posted what's listed as a "FileManage" folder with a SkyDrive icon

This is strong evidence that Microsoft might finally be offering a Modern app that would serve as a File Manager, similar to the one that's highly familiar to Windows desktop users. There are already a few third party Modern file manager apps for Windows 8 that have been published in the Windows Store.

Microsoft apparently has plans to add quite a few new Modern apps for Windows Blue, including an alarm, calculator and a sound recorder, along with a still mysterious Movie Moments app.