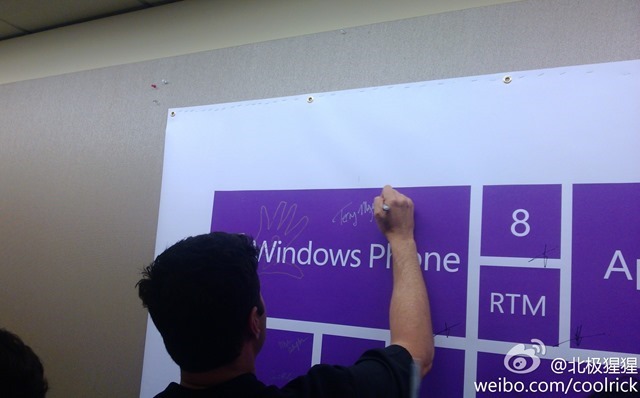 With Windows Phone 8 hitting RTM, it will give carriers and vendors time to begin the final testing of the platform before a reveal at the end of October and a November launch. If Microsoft can maintain this time-frame, they will be able to get products on retail shelves before the crucial holiday season. Also, this time-frame would allow Microsoft to launch Windows Phone 8 and Windows 8 at nearly the same time and considering the cross-platform unity the two operating systems have, it will be a powerful combo to release right before the holiday season. 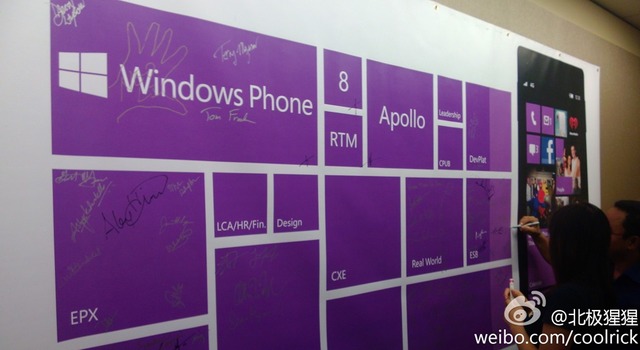 Microsoft has yet to fully reveal Windows Phone 8 but did offer some information about the platform back in June. An SDK leak has shown off many of the expected unannounced features but until Microsoft confirms all of the leaked information, it's all (probable) speculation at this point.

Microsoft should be announcing a the remaining features for Windows Phone 8 soon as we were told today the company still has a few items up their sleeves. For now, take the news as a strong likelihood of being accurate but until the company confirms it, its a rumor at this point.

The image above comes from Weibo.com but appear to confirm that Windows Phone 8 has RTMd...party on folks.

We have requested a comment from Microsoft to confirm or deny the report.