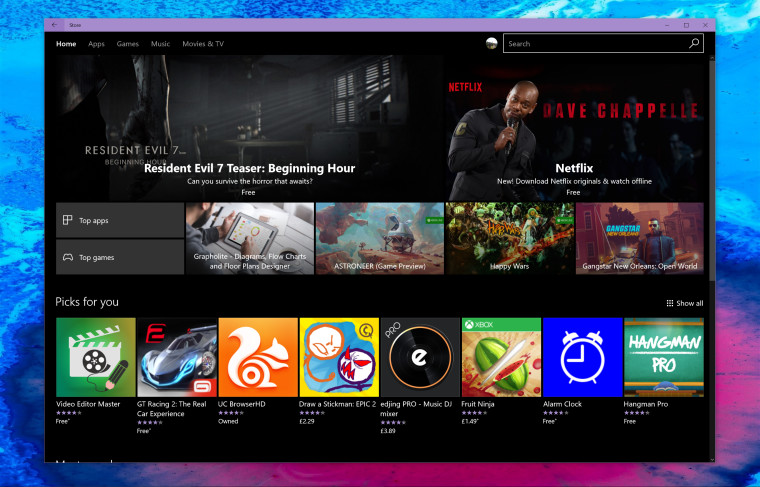 Windows 10, if you are enrolled in the Windows Insider Program, is like an aspiring artist's body of work. It's seemingly unresolved, and indecisive. Ideas are thrown here and there, hoping to catch on, but are often scrapped (or delayed) as the artist scratches his head in front of the drawing board - but isn't that what makes it fun to be a Insider?

If you enjoy the kerfuffle, and the chance to test out new features before the public has the chance to throttle it with their mitts, you may be pleased to hear that Microsoft has released an update to the Windows Store for Insiders for both Windows 10 Mobile and PC that brings along a few new UI designs and tweaks for good measure.

Firstly, the Windows Store now has an arguably improved progress bar design upon downloading apps in the "Downloads & Updates" section. This new design removes the blocky progress bar and drops its weight for one that is sleek and lean, it even details your download speeds - a highly anticipated feature in the Feedback Hub. 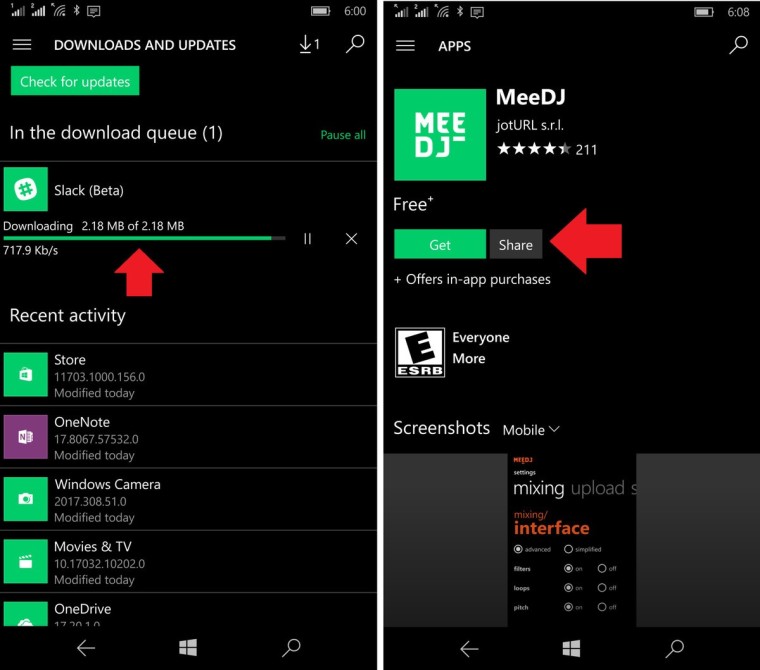 Microsoft is burning the midnight oil when it comes to redesigning Windows 10's UI, at least where apps are concerned. Earlier last week, Microsoft sent out a new update for Groove Music and the Movies & TV app that elegantly teased Project NEON's aesthetic, and boy does it look mint.

In addition to the improved progress bar design, Microsoft is also introducing interactive notifications to the Store. Now, when you download or install an app, you will be presented with two buttons that allow you to quickly pin an app to the Start menu or launch it directly from the Action Centre, or when the notification pops up.

The share button has also received some attention from Microsoft by bringing it to the attention of users. Previously the share button was slightly obscure in app listings, but now its has its own button right next to the Install/Launch button. 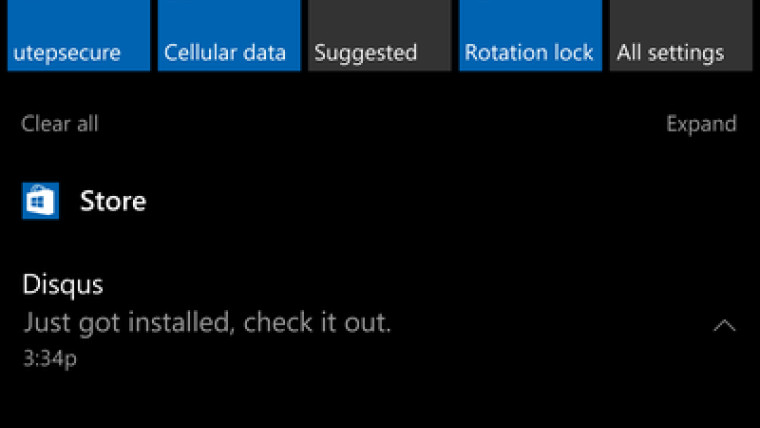 You can check out a change-log for the Windows Store update version 11703.1000.156.0 detailed on Reddit and discovered by user PantherinaePsyke below:

Unfortunately, it is not quite clear how widespread the update is just yet, or whether Microsoft is seeding the update as an A/B test. However, should you find yourself curious, head over to the store on your device to check for updates.

In addition, Microsoft has sent out a warning to Windows Insiders that the next builds releasing to the Fast ring could be buggy after the Creators Update, if this doesn't bother you, that fine, but if you prefer a "safer" experience you could drop back to the Slow or Release rings, or opt out altogether. You can do this by following the steps outlined in this article.