Another week has passed, and - sure enough – there’s a lot to be excited about. From Facebook’s apps landing on Windows 10, to news of a potential way for Windows RT devices to run Windows 10 Mobile – and therefore Windows 10 apps – this edition of Windows Store Weekly is a blast, so let’s get started. 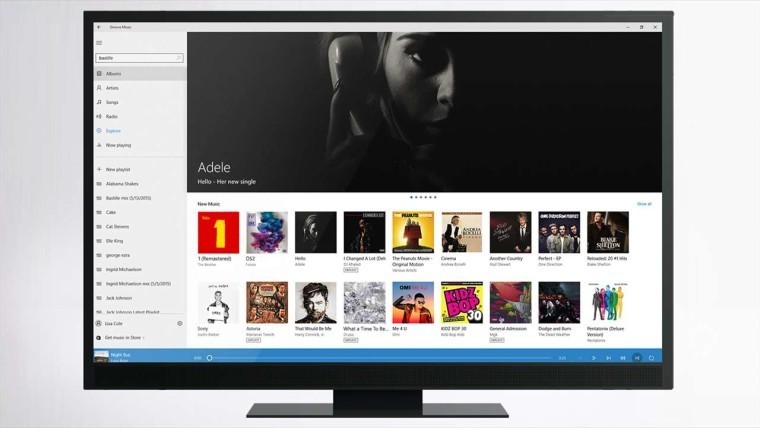 If you are a Fast Ring Windows Insider, you have access to a new pre-release version of Groove Music that was made available a few days ago. The update brings a number of improvements to the user experience, from faster sign in, to more reliable background playback, to accessibility improvements and better app telemetry.

As is expected for anything in the Fast Ring, there are some issues that you should be aware of: you might have to right-click on a track in the Now Playing view in order to expose the usual controls, and the app might not recognize your subscription status (you have to restart the app until it does).

Furthermore, if you’re running build 14332, you have to wait at least two minutes after every login on PC if you want Groove Music to work, and playing DRM-protected content won’t work if you previously accessed content from Groove Music, Movies & TV, Netflix, Amazon Instant Video or Hulu.

If you’re using the OneNote app in Windows 10, you may have noticed that you can now sign in with your Office 365 organization ID. Not only that, but you can now record audio notes with OneNote on Windows phones, an overdue feature that many users will certainly appreciate.

For those of you who live in Russia and want to use the Yandex search engine on your Windows phone, the app has recently been updated with a number of tweaks that bring the UI more in line with the Windows 10 design guidelines, and the new home page will give you a quick overview of “the weather, the city’s current traffic status and today’s exchange rates”.

Windows users may not have an official Reddit app in the Windows Store, but there are several third-party alternatives, and Readit is certainly one of the best available so far. An update (version 4.6.6.0) for it was released a few days ago, and it includes a number of improvements to the user experience:

Perhaps the biggest news this week is that Windows 10 users were finally treated with official Facebook, Messenger, and Instagram apps. It’s worth noting that the company has used its own Osmeta tools to port the apps from iOS, and that Facebook and Messenger are only available on PC for now, with mobile versions slated to arrive later this year (Instagram is mobile-only).

FOX Sports Go received the UWP treatment this week, and it has been well received so far - a good sign when you consider that the app has an overwhelming number of negative reviews for the previous version. The new app is ad-supported, features an improved UI, better video quality, and offers live coverage of NBA, UFC, NASCAR, and more – with the mention that NFL streaming is not available on phones.

Some of you are probably familiar with Foobar2000, a free Win32 music player that hides advanced features under a minimalistic UI. The developer behind Foobar2000 is working on a Windows 10 app, and you can already access a “free preview version”. It is pretty bare bones at the moment, and the UI could certainly use some more work, but if you’re one of the backers of the foobar2000 Mobile project, you’ll be glad to know that one of the goals is finally becoming a reality.

Another addition to the UWP app family is SendPro, an app that should make it easier for you to manage and monitor shipments from various providers such as the U.S. Postal Service, FedEx and UPS. Pitney Bowes (the company behind the service with the same name) calls it a “one-of-a-kind multi-carrier office shipping solution”, one that helps you to choose the right carrier for your shipping needs. It also features Cortana integration, and is a Windows Store exclusive, which is good news for the UWP ecosystem.

For those of you that want an app equivalent for Notepad, Nextpad is a new app in the Windows Store that aims to be a modern replacement. It does everything Notepad does, has support for “dark mode”, and uses speech recognition in case you want to dictate notes.

If you’re interested in sidescrolling platformer games, you should know that Ori and the Blind Forest: The Definitive Edition is now available on Windows 10. This edition features “new areas, music, story elements, fast travel options, and new abilities”, as well as support for cross-save between the PC and Xbox One versions.

The game costs $19.99, but if you already own the original game on Steam, you can upgrade to the Definitive Edition for only $4.99. It is a 3.6 GB download, so keep that in mind if you’re on a metered connection.

Another game to land on the Windows Store this week is called Los Aliens, and is the latest release from Game Troopers, the makers of several successful games – such as Make it Rain: The Love of Money, Tiny Troopers, and Overkill. Kids will definitely enjoy this puzzle game, where they can take the Los Aliens crew into a deep space adventure. The game is free, but there are a number of in-app purchases that unlock additional features.

Lastly, the Out There: Ω Edition is now available for Windows PCs, tablets, and smartphones. Originally developed for iOS and Android by Mi-Clos Studio, the game has received critical acclaim for its blend of resource management and interactive story-telling, and Windows 10 users can now buy it for $4.99.

There are several YouTube clients in the Windows Store, but a new arrival is quickly shaping up to be the best of them all. The app is called Explorer for YouTube, features a simple layout that follows the Windows 10 design guidelines, and offers pretty much everything you’d expect from a YouTube client.

You can search for videos, playlist, and channels, sort by various filters, select your preferred video quality, cast to a bigger screen, or save videos for offline viewing – but no speed controls, and the app seems to crash on certain videos if you change quality without pausing the video first. The app is free for basic use, but “pro features” require a $2.80 in-app purchase – although there’s no indication of what those may be – all the features mentioned above work uninterrupted in the free version. 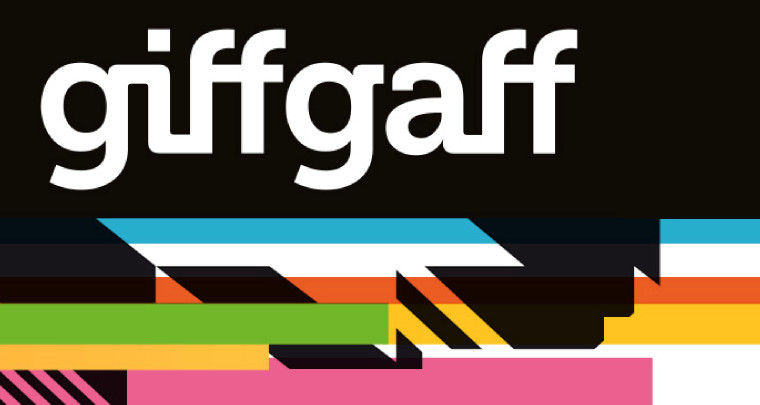 British Windows fans will be happy to know that UK mobile network operator giffgaff is currently working on a UWP app. The carrier spoke exclusively to Neowin, and revealed that Ian Morland – the developer behind the third-party “my giffgaff” app - was hired to work on the official app. You can check out some screenshots and read more about the new app here.

Given the recent news on Microsoft updating Office Lens on iOS and Android, Windows users are eagerly waiting for an update to the Windows app – and it might not be long before we see one, as there are screenshots circulating on the web that show what appears to be a UWP Office Lens app.

According to a report from WindowsBlogItalia, Microsoft might be working on bringing the Health app to PCs, along with a significant update to the mobile version. 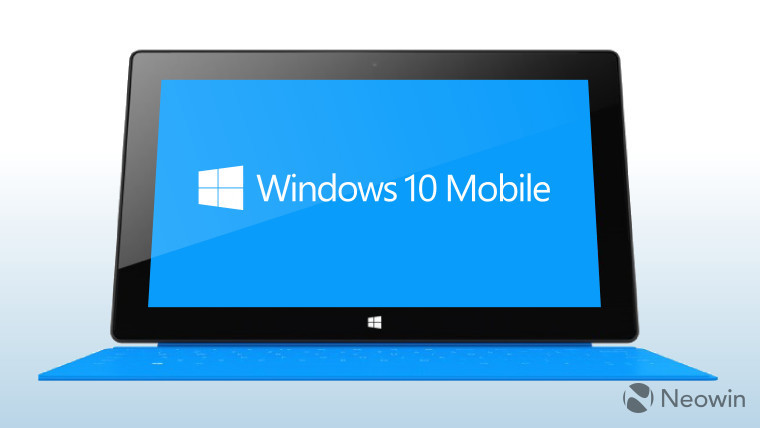 Lastly, owners of the Surface RT might be in for a pleasant surprise. A developer over at XDA-Developers - who uses the nickname 'black_blob' – has revealed that he’s working on an unofficial Windows 10 Mobile ROM that could run on the Surface RT, thus offering a true upgrade to Windows 10 for the device, instead of the placebo offered by Microsoft in September last year.

If this project proves successful, the developer wants to spread the love to other Windows RT devices, too. We’ll just have to wait and see, but this could mean that people who own a Windows RT device might soon be able to run UWP apps.

We'd like to know: What apps do you need that are not yet available on Windows 10? Do you own a Windows RT device? Sound off in the comments section below.