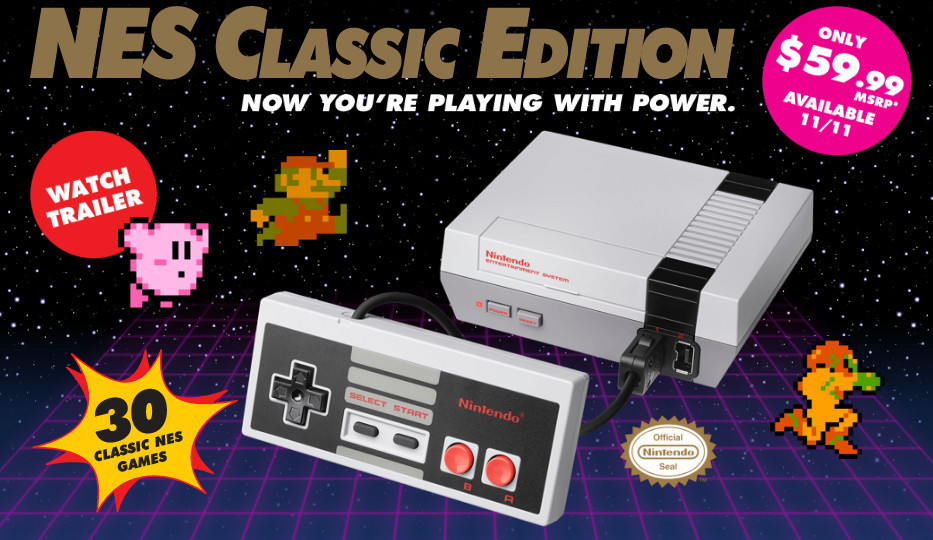 In a week, Nintendo will release its only "new" console for 2016, the NES Classic Edition. When it was announced in July, the NES Classic Edition instantly became a "must-have" item for many and looked to become one of those things that might become extremely difficult to obtain come the holiday season. In the United States, this is now looking to be more of a reality, as none of the merchants listed on Nintendo's website have offered, or are offering a pre-order for the item, meaning that it could become an all out "war" when released next week.

If there is any indication of how popular this item will be, those in the UK were lucky enough to pre-order their units, but have now seen the supply run dry, as a lot of merchants are showing they are currently "sold out". Naturally, we won't know how supplies will run or the extent of production until it's officially released.

For those in the US, there are currently three merchants listed on the Nintendo website: Amazon, Best Buy, and Target - and it would probably be wise to start mashing the refresh button on your browser for the aforementioned merchants come November 11th. With a week to go Nintendo could also add more retailers as the time draws near, but we will have to wait until these updates become available on the website. Naturally, this thought process could be a bit overboard, with Nintendo having more than enough stock to supply merchants all around the globe.

If Nintendo does update their website with more retailers or offers an option for pre-order, we will be sure to update this post. The Nintendo NES Classic Edition will be available on November 11th for $59.99 USD.