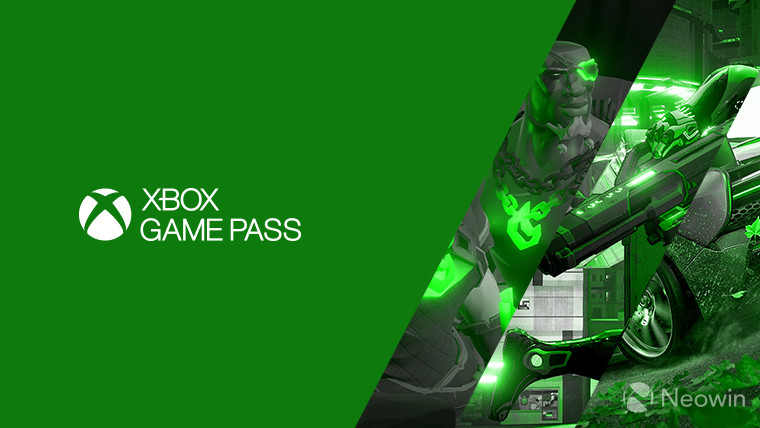 The Xbox Game Pass program is expanding by six games this month. Microsoft named these new additions today, which include some heavy hitters like Capcom's Monster Hunter: World and Arkane Studios' 2017 Prey reboot.

The games will be joining the over 100-titles strong program in waves as the month continues, here are their names and unlock dates:

In Prey, you awaken aboard Talos I, a space station orbiting the moon in the year 2032. You are the key subject of an experiment meant to alter humanity forever – but things have gone terribly wrong. The space station has been overrun by hostile aliens and you are now being hunted. As you dig into the dark secrets of Talos I and your own past, you must survive using the tools found on the station, your wits, weapons, and mind-bending abilities.

Welcome to a new world! Take on the role of a hunter and slay ferocious monsters in a living, breathing ecosystem where you can use the landscape and its diverse inhabitants to get the upper hand. Hunt alone or in co-op with up to three other players, and use materials collected from fallen foes to craft new gear and take on even bigger, badder beasts!

After society was ripped apart by undead hands, pockets of civilization emerge from the chaos. But at what cost? Can the living be trusted on this new frontier? As Javier, a young man determined to find the family taken from him, you meet a young girl who has experienced her own unimaginable loss. Her name is Clementine, and your fates are bound together in a story where every choice you make could be your last.

The two brothers continue their journey on the road into the winter months & struggle against the cold. As Daniel gradually falls ill, Sean’s concern for his younger brother increases and decides the pair of them must make their way to their distant grandparent’s house to recover and seek shelter.

One of the most popular Resident Evil titles comes to Xbox One in full 1080p HD. This fully-loaded release includes all previously released DLC, the previously PC-exclusive No Mercy mode, as well “The Mercenaries United”, an even more intense take on the fan-favorite Mercenaries modes.

These aren't the first titles to join Xbox Game Pass this month, as Microsoft's sandbox sensation Minecraft joined the program earlier, giving subscribers on the Xbox One unlimited access.

An Xbox Game Pass subscription costs $9.99 per month. However, Microsoft is kicking off a sale tomorrow, April 11, that will offer three months of access for just $1. Elsewhere, some rumors have surfaced recently saying that Microsoft is working on a new "Ultimate" subscription which combines Xbox Live Gold and Xbox Game Pass for $14.99 per month.