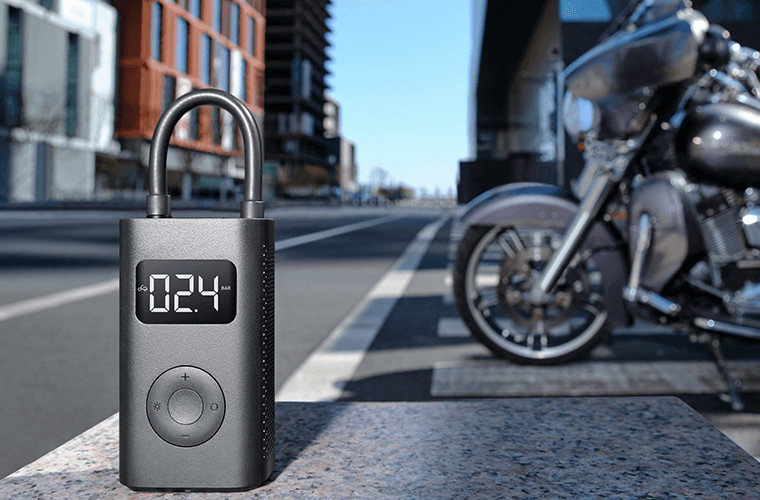 While the name Xiaomi is synonymous with affordable smartphones, it refers to itself more as a technology company than a smartphone maker. And keeping that in mind, it has a wide variety of products, from a precision screwdriver kit to a water purifier available on sale in India.

Xiaomi seems to want to keep expanding that product line up and today has launched yet another interesting product. After putting up several teasers on social media, Xiaomi finally announced its brand new product called the Mi Portable Electric Compressor for the Indian market. Similar to the Mi Robot Vacuum Mop P, this one too takes the crowdfunding route and will be up for grabs at ₹2299 ($30).

The Mi Portable Electric Air Compressor as the name suggests is a multi-purpose portable air compressor with a built-in battery. It lets you safely fill up anything from a football to a car tire and is built to last being made out of ABS plastic. The device comes with a digital pressure gauge that will automatically stop pumping in air once it meets the requirements of the bike, car or bicycle tire.

With a 2000mAh battery, Xiaomi claims that its air compressor has enough power to fill 5 car tires with a pumping speed of 6 minutes each. There’s a very iPod-like buttoned control panel layout accompanied by a display and measures 124mm x 71mm x 45.3mm excluding the air hose that also works like a clamp to let you hook it up to things.