As Xiaomi secures a deal for OLED displays with Samsung, the firm has also confirmed the launch of its upcoming smartphone, the Mi 5X, at its press event in China on July 26. The company has posted a teaser for the phone on its Weibo account featuring the Canadian-Chinese actor Kris Wu holding the device. The same promotional image is being sent in media invites too. 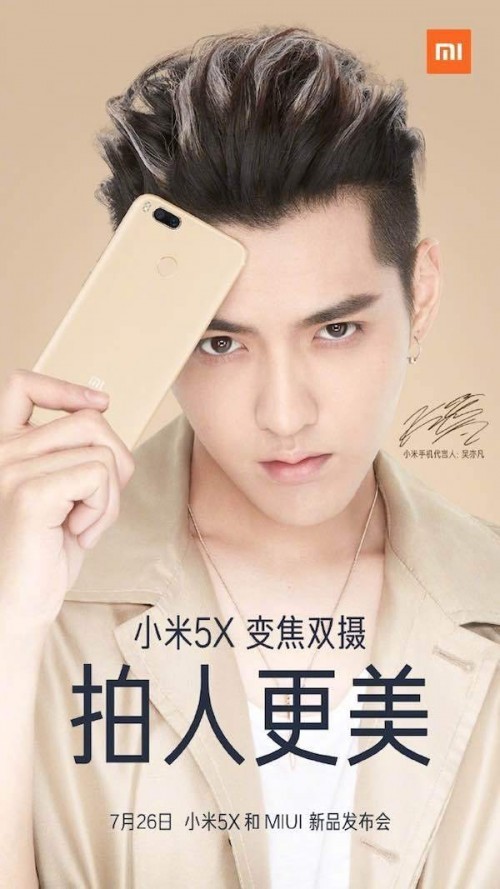 As can be seen in the picture above, the smartphone will sport a design somewhat similar to the iPhone 7 Plus. It will also feature a dual-camera setup along with a rear-mounted fingerprint scanner. Additionally, it will also have a metallic body and a dual-LED flash.

The Xiaomi Mi 5X will reportedly be powered by a Snapdragon 625 processor and will pack 4GB of RAM. It will also sport a 5.5-inch full HD 1080p display.

As far as the software is concerned, the device will be powered by the next iteration of the company's own MIUI ROM. Xiaomi will showcase its Android 7.0 Nougat-based MIUI software 9 at the same event alongside its new device