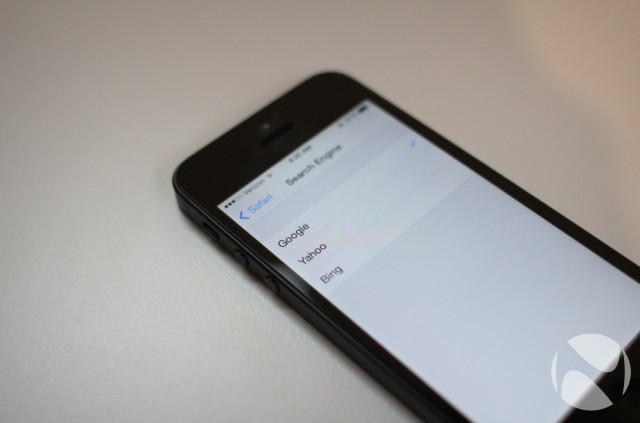 Yahoo! has seen a turn-around of recent, with a new leader who is not afraid to spend some cash, the company is looking to iOS for it’s next burst in growth. Specifically, the company wants to become the default search provider on iOS devices instead of Google.

The information comes from Re/Code who says that Yahoo! is working on its search services in hopes to boost revenue through advertisement. If that strategy sounds familiar, it’s because Google makes the majority of its income from advertisements and Mayer is a former Google employee. A key move to help boost the bottom line will be take the default search position away from Google and place Yahoo in that spot.

The problem Yahoo! may face though, is that Microsoft and it’s Bing search engine, are vying for the same position, according to our own sources. Microsoft and Apple have become better friends recently with Microsoft brining many of its services to iOS such as Office and OneNote (for Mac) . More so, Siri also uses Bing, which is likely how Microsoft hopes to convince Apple to give them the default search position on iOS.

Why would Apple want to ditch Google as the default search? The answer is simple, searches on Google provide the company with advertising revenue which then goes to pay for Android. Steve Jobs hated Android and the company knows that Android is the biggest threat to iOS; we would hedge that the company is not loving the idea that they are helping their competitor by boosting advertising revenue

With millions of iOS devices currently in use, cutting ties with Google as the default provider on iOS could hurt Google’s bottom line to a measurable degree.

For Apple, dumping Google as the default provider makes a bit of sense but they also have to be careful, as many users prefer to use Google maps on their devices instead of Apple maps. If Google were to pull its map app in protest, it could upset Apple’s user base.

The next time we might see Apple change the default search setting is when it debuts iOS 8. The OS is typically shown off in June at the company’s WWDC conference and we have no reason to think this year’s conference will be any different.

One thing to consider, Apple likely won’t give up its default search setting for free. Mozilla makes a tidy some of money from Google for being the default provider on Mozilla. Knowing this, Apple could open the position for bidding and let the market decide what the position is truly worth as it is believed that Google is already paying upwards of one billion for this privilege.