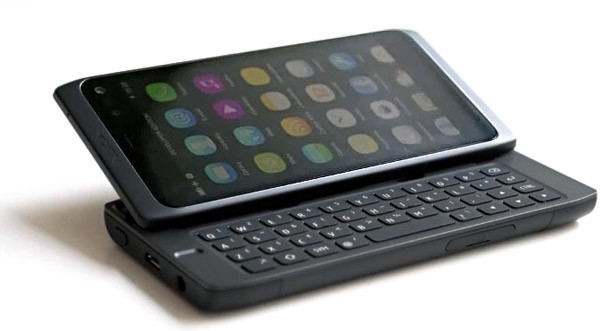 A little over three years ago, Nokia made an ambitious device that could've become the next chapter of its mobile device business. The Nokia N9 was a unique device that had amazing styling and was powered by a proprietary OS known as Meego. Unfortunately, then CEO of Nokia, Stephen Elop decided to adopt Microsoft's Windows Phone OS for Nokia devices and that effectively made the N9 dead on arrival.

While Nokia N9s are fairly common, there was also a rare developer edition of the device that was released, known as the N950. This device has similar styling with the exception of its foldout QWERTY keyboard. Although it is unknown exactly how many of these devices were made, the N950 was not available for purchase and was only available to select developers. Those that were interested in owning the device were forced to hunt auction sites or know someone that was selling theirs.

Luckily, someone has put the rare handset on eBay. For those interested in owning a piece of Nokia history, the auction still has four days left and is currently sitting at a reasonable $500 USD. Remember, this is a device that was not available to the public and was given to developers in limited quantity. Furthermore, developers who received the device were bound by a contract to not sell the device as Nokia could request for the device to be returned.